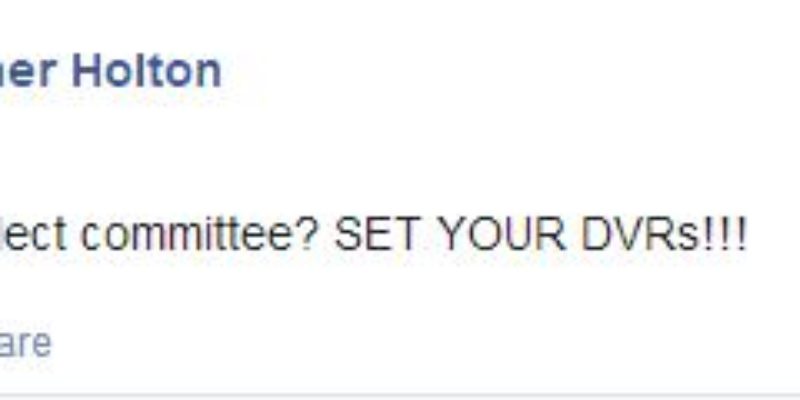 Speaker John Boehner (R-Ohio) said Friday he would appoint a select House committee to expand the Republican investigation into the deaths of four Americans in Benghazi, Libya, on Sept. 11, 2012.

Boehner (R-Ohio) had resisted a push by conservatives to name a special panel to probe the terrorist attack, but a senior leadership aide said that new emails released by the Obama administration this week were “the straw that broke the camel’s back.”

“Americans learned this week that the Obama Administration is so intent on obstructing the truth about Benghazi that it is even willing to defy subpoenas issued by the standing committees of the People’s House,” Boehner said in a statement.

“These revelations compel the House to take every possible action to ensure the American people have the truth about the terrorist attack on our consulate that killed four of our countrymen,” he added.

“In light of these new developments, the House will vote to establish a new select committee to investigate the attack, provide the necessary accountability, and ensure justice is finally served.”

The Speaker called the withholding of emails that showed greater White House involvement “misleading” to the public and a “flagrant violation of trust [that] undermines the basic principles of oversight upon which our system of government is built.”

Rep. Trey Gowdy (R-S.C.), a member of the Judiciary and Oversight committees, is under consideration to lead the select committee and is said to be the preferred choice of Boehner and Majority Leader Eric Cantor (R-Va.), officials said.

Gowdy chairing a Select Committee is an absolute worst-case scenario for Obama. Gowdy is a pit bull with prosecutorial experience, and he has made Benghazi a life mission at this point.

This should have happened a long time ago. But with the breaking-loose of that Ben Rhodes e-mail and the disclosure yesterday by former NSC spokesman and general dude-wh0-isn’t-as-smart-as-he-thinks-he-is Tommy Vietor (who just opened a political consulting firm with former White House speechwriter John Favreau) that Obama was not in the situation room during the Benghazi attacks, it now looks like we’re now going to have this snowball rolling downhill.

Boehner has long faced pressured from rank-and-file members for months to form such a panel to probe the attacks which killed four Americans including a U.S. ambassador, and until now had resisted. Fox News is told the speaker made the decision Thursday to go forward with a vote. The committee is expected to be bipartisan, and Fox News is told Rep. Trey Gowdy, R-S.C., is among those being considered to lead it.

The committee would still have to be approved on the House floor.

In fact, yesterday John Binder here at the Hayride had mentioned Rep. Bill Cassidy is among those in the House who have called for a Select Committee. There are currently 190 co-sponsors of the House resolution to that effect, so if Boehner is now on board you can bet a vote is coming on it and it will pass easily.

The question is whether any Democrats will sign on or vote for it. This could be a very difficult decision for the few Democrats left in the House who represent competitive districts; given the latest developments, a “no” vote on the committee could be a red flag for the electorate in the fall.