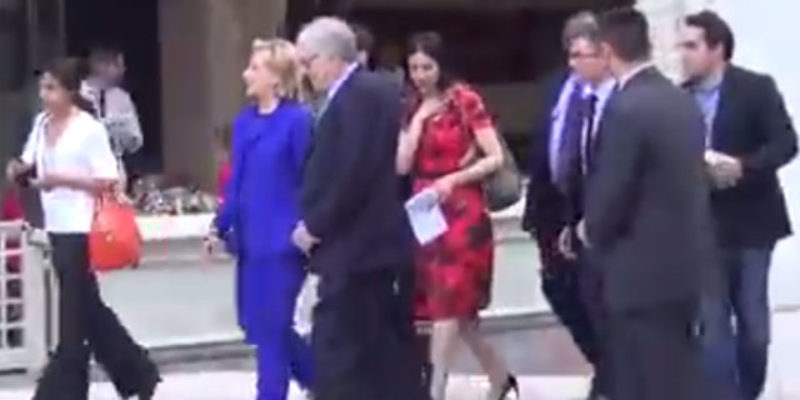 Jason Mattera’s famous for stuff like this. He’s the ambush-journalist guy who goes up to Democrats like Charlie Rangel, Joe Biden, Alan Grayson and Barney Frank and asks ’em really embarrassing questions that he gets on film.

Oftentimes he gets hilarious stuff. Here, it’s more like Hillary-ous. He catches Miz Clinton outside one of the book-signings for that paperweight she just put out (which ain’t exactly blowin’ up the sales records, by the by), and asks her for an inscription.

For who? Nobody special. Just Christopher Stevens, the ambassador she planted in Benghazi.

The best line: Hey, there’s more security here than there was in Benghazi!