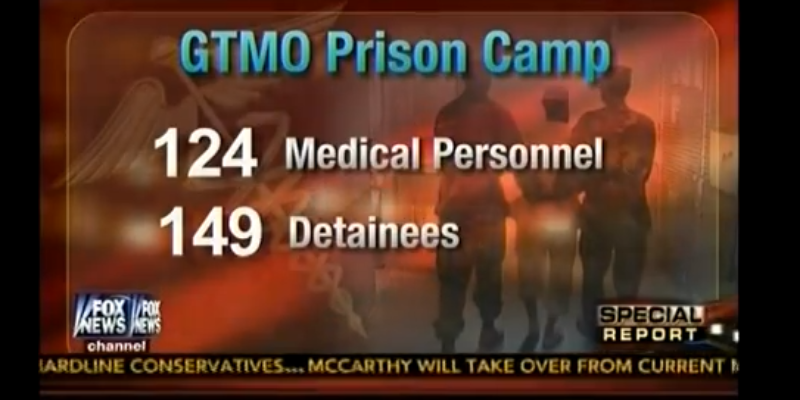 In a report by Bret Baier, it was discovered that there are 129 medical personnel at Gitmo for the 149 prisoners at the detention camp. Gitmo prisoners probably do not have to wait for days, or even hours for that matter, because the ratio of doctors to prisoners is nearly 1-1.

Veterans, on the other hand,  have died because of the long hours that they are forced to wait thanks to the Veterans Affairs Department under the Obama administration. And in a new poll, Americans believe that “by a 50-31 percent margin, voters think enemy combatants held at Guantanamo Bay get better health care than veterans.”

Here’s the full report by Baier:

And, chances are, that once Obamacare fully kicks in for the entire country, the waiting list at the VA hospitals will become a reality for all Americans.