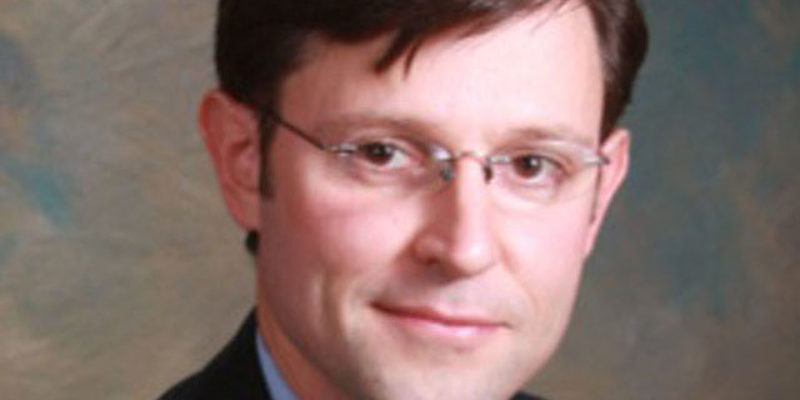 Editor’s Note: A guest post by Mike Johnson, Chief Counsel of Freedom Guard and co-counsel for the State of Louisiana, defending the people’s right to define marriage in our own state constitution without federal intervention.  See more at: www.FreedomGuardNow.org

The people of Louisiana—rather than federal courts—should get to decide how marriage is defined in this state.  That is the central point in the landmark case we argued yesterday before an overflow crowd in federal district court in New Orleans.

While we await the opinion of the Honorable Judge Martin L.C. Feldman, there are a few key things that everyone should understand about this litigation, its implications, and the similar battle currently being fought in other courts around the country.

The plaintiffs in this case, Robicheaux, et al v. Caldwell, et al, are among a gaggle of litigants nationwide who have brought new lawsuits demanding that unelected federal judges impose same-sex marriage upon their respective states by judicial fiat.  The plaintiffs want to do an end-run around the clear will of the people, who have voted in overwhelming majorities in most of those states to preserve marriage as the union of one man and one woman (just as every other culture has done for millennia).

Here in Louisiana, our citizens enshrined traditional marriage in our state constitution back in 2004 by a landslide majority of more than 78%, after the amendment was first proposed and put on the statewide ballot by a two-thirds, bipartisan vote of both houses of the Louisiana Legislature.

Our amendment was challenged in state court immediately after its passage, but was ultimately affirmed unanimously by the Louisiana Supreme Court as lawful and appropriate.  I argued that case on behalf of the State as well, and find it noteworthy that the justices of our high court thought it an unremarkable proposition that the people should get to determine such a weighty issue by broad consensus.

When we won that case a decade ago, many thought the matter in our state was finally resolved.  But after the U.S. Supreme Court struck down part of the federal Defense of Marriage Act (DOMA) last summer in U.S. v. Windsor, the advocates of same-sex marriage were re-energized.  Approximately twenty new cases have been filed since the Windsor ruling last June, including the one we defended against yesterday.

So far, in the fifteen federal cases that have been decided in the past year, the plaintiffs have prevailed in every one.  The latest victory for the other side, in the 10th Circuit Court of Appeals (striking down Utah’s marriage amendment in a 2-1 split decision), was handed down yesterday, literally as we were packing our briefcases to depart from the courthouse in New Orleans.

These recent decisions have accepted the novel argument made by the plaintiffs that state laws defining marriage as the union of one man and one woman violate the 14th Amendment of the federal constitution because that provision provides everyone a “fundamental right to marry.”

But these lower courts have missed one very obvious point: while the Supreme Court has said in the past that the U.S. Constitution protects a right to marry, that has always been understood exclusively as the right to marry one person—of the opposite sex.  Moreover, the Supreme Court has repeatedly acknowledged over the past two centuries that the various limitations on that arrangement (such as prohibitions against marrying close family members, minor children, etc.) are matters that must be left to the sovereign will of the people in each state.

Indeed, just a year ago, the Supreme Court majority in Windsor reaffirmed that “by history and tradition the definition and regulation of marriage… has been treated as being within the authority and realm of the separate States.”  In fact, that was the basic justification given by the Court in its decision to strike the DOMA provision and, consequently, uphold the State of New York’s ballot initiative allowing for same-sex marriage there.

Ironically, the same activists who applauded the decision to uphold New York’s ballot outcome are now howling that the 34 other states (including Louisiana) that voted the other way somehow acted in violation of the Constitution.  The intellectual inconsistency of those activists is staggering.

As we have explained in our briefing in the Robicheaux case, the question is not whether we will have same-sex marriage in some of the United States—we already do—but whether the matter will be decided by popular vote in the democratic process or by decree from a handful of unelected federal judges.  Louisiana agrees with the Windsor majority on that seminal point: only the people of each state should have such authority.

Advocates of same-sex marriage are not some enemy of the state.  They are American citizens too, and deserve every courtesy and opportunity to freely express their views and to try to convince others of their position.  But both sides in this democratic debate must be civil, and the homosexual activists should not demean the vast majority of Americans who believe that marriage, as it has been defined for thousands of years, is worthy of preservation.

Religion and morality aside, it is not bigotry to sincerely believe that traditional marriage is good for societal stability.  After all, traditional marriage is structured around the biological reality that only opposite sex couples naturally procreate, and states do well to link children to an intact family formed by their biological parents.  Moms and dads are both important, not just because God designed it that way, but because social science affirms this truth and most rational people understand it inherently.

Millions of Americans are also rightly concerned about what might happen if these critical boundaries on marriage are erased.  If the plaintiffs are correct that the State has no authority to regulate marriage, where would we then draw the line?  Would first cousins have the right to marry?  A father and his daughter?  An uncle and his nephew?  A 20-year-old man and a 13-year-old girl?  If the “right to marry” is determined to have no rational boundary, chaos is certain to follow.

There is no question that a genuine sense of grievance is felt by the plaintiffs in this and other cases.  Still, the ruling in this litigation cannot be based on emotion, but solely upon the rule of law and a straightforward interpretation of the Constitution.

The State is confident where that objective analysis should lead.  As Supreme Court Justice Samuel Alito summarized in Windsor, “Same-sex marriage presents a highly emotional and important question of public policy—but not a difficult question of constitutional law.”