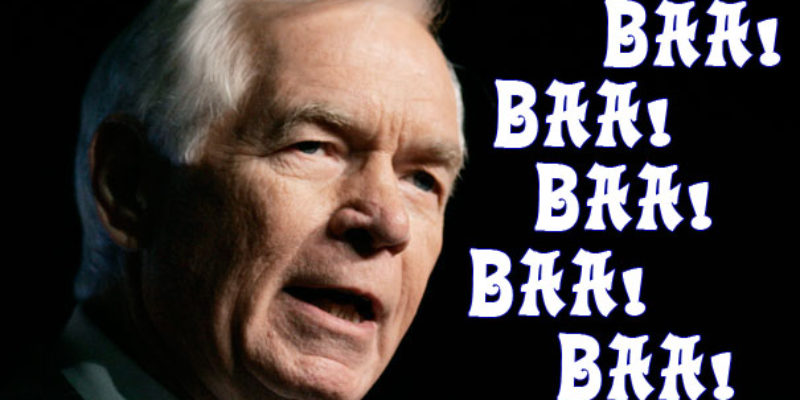 “Cochran was campaigning Tuesday in McDaniel’s stronghold of the Pine Belt, which gave McDaniel, who lives in nearby Ellisville, large margins in last week’s vote. But Cochran in a speech at Forrest General said his family has strong ties to the area, and he grew up visiting his father’s family often in nearby Richton. He joked that he grew up playing in the country, picking pecans and doing ‘all kinds of indecent things with animals‘ in the area.” – Hattiesburg American

“Sports are a reflection of national character and aspirations, and it is no coincidence, I think, that soccer has had a hard time catching on in the United States. Simply put, soccer—call it ‘football’ if you must—is a tragic game, and thus it cuts deeply against the grain of the American ethos. Americans are an optimistic people. We like scoring too much to enjoy a game that is more about preventing success than achieving it.” – POLITICO

“The Arab Spring is over. Welcome to the Jihadi Spring.” – Jonah Goldberg/National Review

“One has to read to the ninth paragraph (out of eleven) to read of the report that U.S. security contractors traversing embattled areas are engaging in gun battles as they try to evacuate other civilian contractors:” – Gateway Pundit

“The fall of the Iraqi city of Mosul to the al-Qaeda offshoot ISIS has shown the power of its leader, Abu Bakr al-Baghdadi – a former US detainee.” – Telegraph UK

“Let’s recall that Obama inherited a pacified Iraq, where al Qaeda had been defeated — both militarily and ideologically.” – Marc Thiessen/AEI

“The Ukrainian flag fluttered over the regional headquarters of Mariupol on Friday after government forces reclaimed the port city from pro-Russian separatists in heavy fighting and said they had regained control of a long stretch of the border with Russia.” – Reuters

“President Obama on Friday said the United States would not ‘allow ourselves to be dragged back into‘ a military conflict in Iraq.” – The Hill

“In the most recent issue of TheBlaze Magazine, our own Mike Opelka delves into the progressives’ fight to flip Texas from red to blue, and he explains how they’re making inroads and how it can be thwarted.” – The Blaze