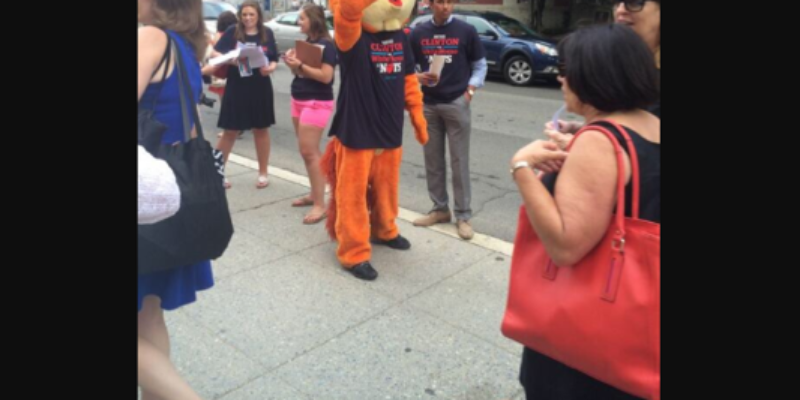 In an attempt to warn people of the dangers of electing former Secretary of State and former President Bill Clinton’s wife Hillary Clinton, the Republican National Committee (RNC) has hired none other than a squirrel to follow her tour bus around the country.

And here he is again: 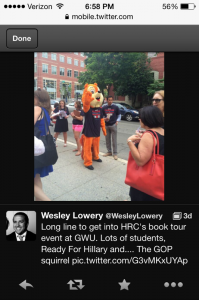 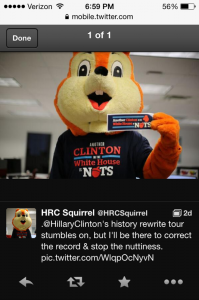 The RNC hired an intern to follow Clinton around while she is off promoting herself for the 2016 Presidential election. If the RNC does not want another Clinton in the White House, they may have to re-think their support of former Gov. Jeb Bush, who the Democrats may follow around with a groundhog.