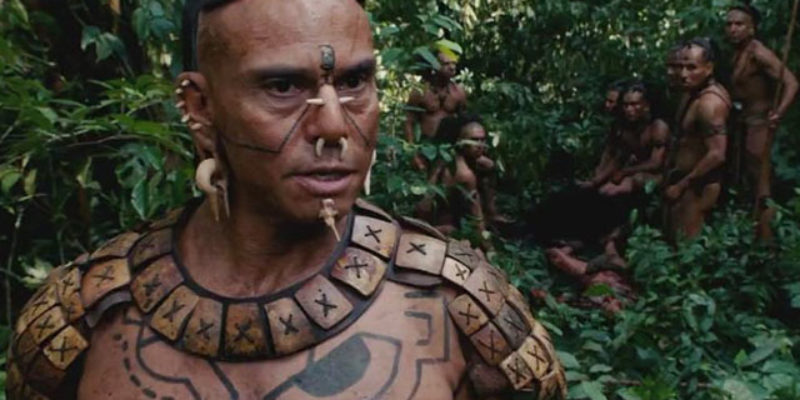 Ever see First Blood? That was the initial installment of Sylvester Stallone’s Rambo franchise.

There’s a scene in that flick where Stallone’s Rambo character builds an especially cruel device to incapacitate a state police trooper among a sizable number chasing him. Nobody on YouTube has put up a video of that scene by itself; it appears as No. 6 on WatchMojo’s list the Top 10 Movie Traps…

And there’s another famous scene in Mel Gibson’s Apocalypto, in which an even more vicious spear trap was set to kill a tapir the Mayan jungle-dwellers where hunting…

Later in Apocalypto the protagonist deploys a similar device to defeat the chief bad guy chasing him.

The point of all this? That spear trap is Hillary Clinton for 2016, and, at least in our analogy, the Democrats are the tapir.

That’s my American Spectator piece for this week…

Understand that despite what you might see in film, the spear trap (or its cousin the Punji stick) is a jungle warfare device which, while potentially lethal, is most often intended to immobilize and incapacitate its victim, thus slowing the advance of an enemy through contested territory. Hillary’s lack of charisma, thorough improbity, and grating sense of entitlement have the same effect on her potential candidacy (and Democrat prospects for electoral victory) as spring-loaded and camouflaged wooden spikes.

We saw this in 2008. The Inevitable Hillary presented such an unappealing candidate that her party, which by all accounts had felt it owed her the nomination in the early going, was quickly romanced by a vapid and unaccomplished first-term U.S. Senator with zero executive experience and a closet full of skeletons. It thus took no time for Barack Obama to snatch the initiative from her; Clinton barely bothered to mount a campaign in caucus states, built a badly-organized and hideously overpriced campaign team, and showed herself to be gaffe-tastic on the stump. By March, when she and her husband had been tarred by the Obama camp as racist, it was clear Hillary’s platoon had been skewered — and would ultimately bleed to death.

This should have put the Democrats on their guard for 2016, and the party should have spent the Obama years developing a deep bench of potential candidates — in light of the fact that only once since the passage of the 22th Amendment limiting a president to two terms in office has a party held the White House for more than eight years. That victory belonged to the Republicans; George H.W. Bush was elected in 1988 amid joyful national circumstances: a strong economy, the impending collapse of the Soviet Union, and a general era of good feelings emanating from the Reagan presidency. No such happy times exist now; for the Dems the 2016 race will be run through a jungle.

As such, the Democrats are counting on candidate who, having been gouged six years ago by her own faults, looks a great deal today like the spear trap lying in wait for the party. A Hillary implosion such as this week’s bungles portends would make them easy prey for a viable Republican nominee to vanquish.

Recognize this, if you will: there are no viable Democrat candidates for president in 2016 at this time.

The Democrats have no governors who can win a national election. Martin O’Malley in Maryland is being considered as such; he’s a man attempting to tax rainwater in his state. Andrew Cuomo in New York once said conservatives have no place in New York, and his assaults on the 2nd Amendment gained national attention. Jerry Brown in California? Yeah, sure.

How are they in the Senate? Can Chuck Schumer win anywhere but deep blue states? Can Elizabeth Warren? Is an Amy Klobuchar or Corey Booker viable? Does anybody think so?

That leaves, who? Joe Biden?

Last week, we saw in clear terms that Hillary Clinton is not a viable presidential candidate. She might be a viable celebrity, but every Hillary appearance on TV is a disaster.

This didn’t make it into the piece, but just look at Hillary’s latest…

This woman was the Secretary of State for four years. She traveled all over the world.

Regardless of how stupid the American electorate has become, Hillary Clinton won’t be elected president. Does anybody believe the gaffes are going to stop?

The problem is, no other Democrat can raise money with Hillary presumptively in the field. She sucks so much air out of the room no other Democrat can even get on TV to push a candidacy; that’s why Warren, who the Hard Left likes a lot better than Clinton (and no, outside of Massachusetts Elizabeth Warren is a complete joke known primarily for falsely calling herself an American Indian so as to become an affirmative-action baby as an academic) refuses to call herself a candidate.

Biden will run, but even Democrats won’t support Biden as their nominee for president.

The Democrats are impaled on Clinton. She’s all they have.

And she can’t win. We’re watching the Dems run right into those stakes while her book tour proceeds.