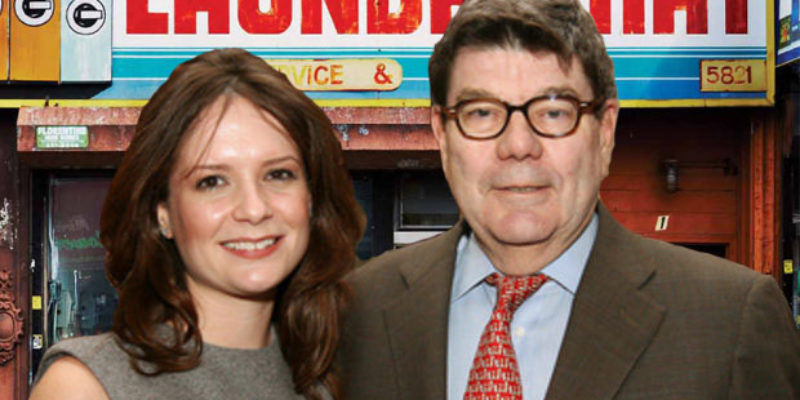 When it was going on, we extensively covered the Caroline Fayard campaign-finance scandal that immediately followed her failed run for Lt. Governor in the 2010 special election. Our readers might remember that Fayard, Democrat dilettante and daughter of Denham Springs trial lawyer and campaign mega-donor Calvin Fayard, was part of a scheme in which Calvin – through straw men and intermediaries – dropped more than $800,000 on the Louisiana Democrat Party and illegally earmarked those donations to his daughter’s campaign.

And it wasn’t as though Calvin dropped the $800,000 on the state party with the understanding that they’d spend that amount on her campaign. Oh, no. He’d drop a check on them, and then they’d turn around the next day and spend, to the dime, whatever amount he’d given on campaign ads, mailers or whatever on her behalf. It was practically a just-in-time operation; in fact, Chinese laundries never operated in so efficient a fashion.

So when complaints were filed with the Louisiana Board of Ethics over violations that showed up in such vivid technicolor on the campaign finance reports filed by the state Democrat party, nobody was surprised when the Board decided to run out those ground balls. In June 2011, the Ethics Board voted unanimously to open an investigation into the Fayard campaign laundry, and  then issued subpoenas and subpoenas duces tecum to the Fayard entities and DEMOPAC, the state Democrat Party’s political action committee through which the money was funneled.

Except in response to the subpoenas, Team Fayard and Team Democrat declined to produce anything. Instead, they lawyered up; Team Fayard hired Gray Sexton, who had been on the Ethics Board before he decided he could make more money helping people skirt campaign finance laws than by pretending to enforce them, while Team Democrat hired Mary Olive Pierson, the failed Louisiana Supreme Court candidate whose name comes up over and over again representing bad political actors (most recently Mayor-President Kip Holden after he lawlessly annexed the Mall of Louisiana). And on August 1 of 2011, the Fayard/DEMOPAC Axis filed a petition, under seal, for declaratory judgment and temporary and permanent restraining orders in the 19th Judicial District Court in Baton Rouge. The attempt at that point was to get the whole thing swept under the rug so Caroline could run for Secretary of State that year.

At the end of that month, Judge Billy Morvant of the 19th JDC blew up the Secretary of State campaign. He denied the preliminary injunction seeking to prevent the subpoenas from being enforced, and he unsealed everything but the actual Board of Ethics subpoenas, which gave a significant public-relations black eye to the Fayards and the Democrats. But all was not lost, because amid the legal wrangling that followed – Morvant’s rulings were appealed all the way to the state supreme court, where the Fayard/DEMOPAC Axis fared poorly – the one-year prescription on the case expired.

And Morvant ruled that the Fayard/DEMOPAC Axis had run out the clock and, in a sealed ruling, threw out the case and the fines the Ethics Board were going to levy on the Caroline Fayard campaign that would have effectively prevented her from ever running for office again.

Well, today, the 1st Circuit Court of Appeal handed down an opinion on the Board of Ethics’ appeal of that ruling by Morvant. And if you read the headline, you know the result.

But there’s a little more to this than you think. The opinion itself is rather dry, as it goes through the legal maneuvering and concludes that yes, indeed the one-year prescription had run on the case and while there is a statute which allows for a three-year prescription for violations of campaign finance laws this case didn’t fit within that statute as the Board of Ethics argues. Reading the opinion will put you to sleep until you know the back story.

Which is that Judge Jimmy Kuhn of the 1st Circuit Court of Appeal, who wrote the opinion, is Calvin Fayard’s former law partner, and Team Fayard contributed heavily to Kuhn’s failed campaign for the state Supreme Court in 2008.

Under Louisiana law Kuhn wouldn’t have had to recuse himself from this case. Under any idea of propriety, one would think it’s a no-brainer that he should have.

So what Kuhn did was to let his old law partner, and the old law partner’s daughter, off the hook for laundering money through the Louisiana Democrat Party by crafting a novel interpretation of state campaign finance laws and the prescriptions therein, when it was clear that the Fayard/DEMOPAC Axis was busily running out the clock in filing motions to quash subpoenas and protective orders in order to short-circuit the Board of Ethics’ investigation into the money-laundering scheme. It was also clear that the Board of Ethics acted timely on the complaints and was actively seeking documents with which to evaluate their validity. Where the Board screwed up, it appears, was in not acting as a firing squad and immediately taking the Fayards and the state Democrat Party to court on the basis of a complaint, and from now on that’s probably what it’s going to do. If Kuhn thinks this ruling is going to assist in clarifying campaign finance law, he ought to think again – his docket is going to fill up with cases the Ethics Board will generate for him.

And what Kuhn also did was to resurrect Caroline Fayard’s political career. Because as a result of the 1st Circuit’s opinion today, the Ethics case against her is no more – and ditto for the massive fine she would have had to pay had her side lost in this legal fight. That fine would have served as a barrier to her ever running for office again in Louisiana – if you’ve got to pay a $250,000 fine, or whatever the number might have been, before they’ll even let you begin a campaign, it’s not even worth it to run for something at the level of the state legislature or below and it will serve to block your ability to ever get a campaign off the ground for a statewide office.

It’s entirely possible this case will end up at the state Supreme Court, and it’s also entirely possible the Supremes will blow Kuhn’s majority opinion out of the water and side with Judge Mike McDonald’s dissent. Team Fayard and the Democrats have lost at the Supreme Court before during this legal fight, and if they lose this time that’ll be the end of her in elected politics. Until then, though, don’t be shocked in the least if you start hearing about Caroline Fayard as a candidate for a statewide office.

Particularly for Secretary of State, the job she wanted to run for in 2011. After all, why wouldn’t you vote for somebody who blatantly violates election laws and gets away with it as the state official who supervises elections?