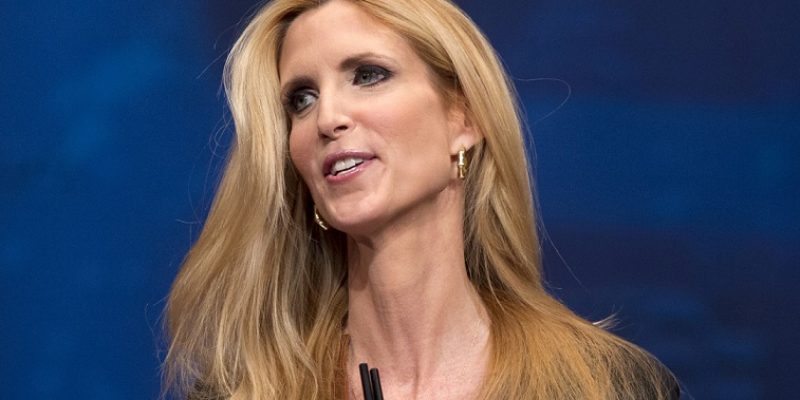 Political columnist Ann Coulter said that Tea Partiers and conservatives need to get behind Senate-hopefuls like Rep. Bill Cassidy (R-LA) and Rep. Tom Cotton (R-AK), both of whom are running against democrats in November, rather than focusing on republicans beating out other republicans for Senate seats.

In her new column, Coulter refers mostly to the controversial and very heated Senate race in Mississippi between Sen. Thad Cochran (R-MS) and Chris McDaniel, who had major Tea Party support. Ultimately, Cochran, who is considered an “establishment” republican, won re-election, prompting outrage from conservatives in the state.

But, Coulter argues that conservatives need to lay off of republican vs. republican Senate elections and focus on gaining seats in the Senate.

If Chris McDaniel’s supporters want to show what badass studs they are, how about walking across the Mississippi River and getting Tom Cotton elected in Arkansas? He’s running against a Democrat, fellas! Or how about walking a little farther down the river, to Louisiana, and helping Bill Cassidy take out another Democrat?

Those two Democrats, Sens. Mark Pryor in Arkansas and Mary Landrieu in Louisiana, could well win re-election in red states — despite voting for Obamacare and amnesty. And tea partiers are still focused like a laser beam on making Republican senators more perfect, rather than beating Democrats.

Coulter said it is “annoying” that Cochran appealed to Mississippi democrats to win re-election, but said he is hardly Arlen Specter, saying that McDaniel supporters should drop the issue.

Coulter is not the first big-backer of Cassidy who has asked that conservatives focus on election republicans versus democrats instead of trying to elect “perfect” republicans.

Donald Trump, months ago, asked that Col. Rob Maness, the long-shot conservative challenger to Landrieu, quit the Senate race, saying that Maness could lose the race for republicans by splitting the vote with Cassidy. Maness, though, has received major support from the Tea Party Express and conservative leader former Gov. Sarah Palin.

Interested in more national news? We've got you covered! See More National News
Previous Article LOVE IS IN THE AIR: Boysie Gets A Gift From Mary
Next Article VIDEO: Cassidy Clobbers Landrieu In New Attack Ad