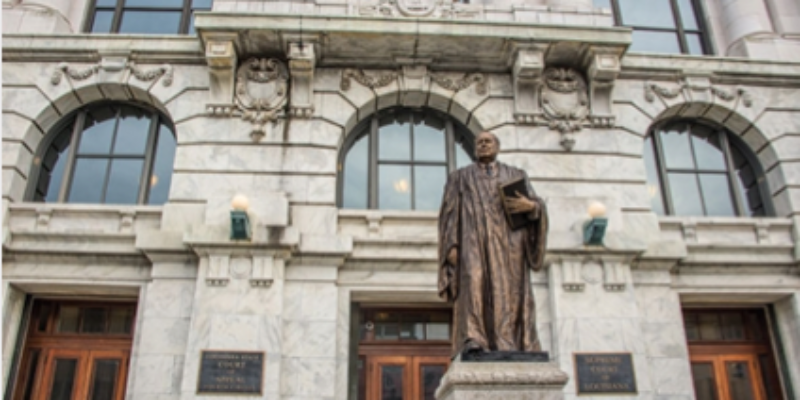 The Louisiana Association of Business & Industry (LABI) released a new report on the challenges facing Louisiana’s civil justice system yesterday, echoing many of the concerns expressed by Louisiana Lawsuit Abuse Watch (LLAW) and its supporters over the years.

Recognizing this as a problem, legislators filed nearly a dozen bills to lower or eliminate the state’s jury trial threshold in 2014.  Due to an elaborate misinformation campaign led by those who aggressively defended the status quo, this initiative was one of the few areas where business and legal reformers were unsuccessful this year.  In an effort to set the record straight, the LABI report features an extensive “Myth vs. Fact” section that directly challenges many of the assertions made by opponents of legal reform during the 2014 legislative session. Some examples include:

·        Myth #1: Louisiana citizens have a right to a trial by jury.  The FACT is the Louisiana Constitution is silent, and the Legislature limited this right in 1993, setting an exceedingly high bar for civil jury trials.  Despite the fact that more than 134,000 civil cases were filed in Louisiana in 2012, only 235 civil jury trials were conducted (less than two percent) and some judicial districts actually had zero civil jury trials.

·        Myth #2: Louisiana’s judges are overworked, and dockets are already full.  The FACT is that Louisiana ranks No. 7 with nearly double the national median number of judges per capita, maintaining 5.2 judges for every 100,000 people in the state, whereas Arkansas has 4, Texas has 1.8, and Mississippi has 1.7.  Louisiana’s judges are middle of the pack nationally for their total criminal and civil caseload, ranking slightly below the US average in general jurisdiction courts.

·        Myth #3: Jury trials are too costly for Louisiana’s courts.  The FACT is that state law requires the party requesting a jury trial to pay all costs associated with that trial, including juror fees and expenses and charges of the jury commission, clerk of court, and sheriff.  There are even provisions in place to re-coup costs when the party is impoverished or imprisoned

To download the full report, which makes clear this issue remains a top priority for businesses and legal reform groups, go to: http://labi.org/labi-news/labi-releases-report-on-louisianas-judicial-climate.