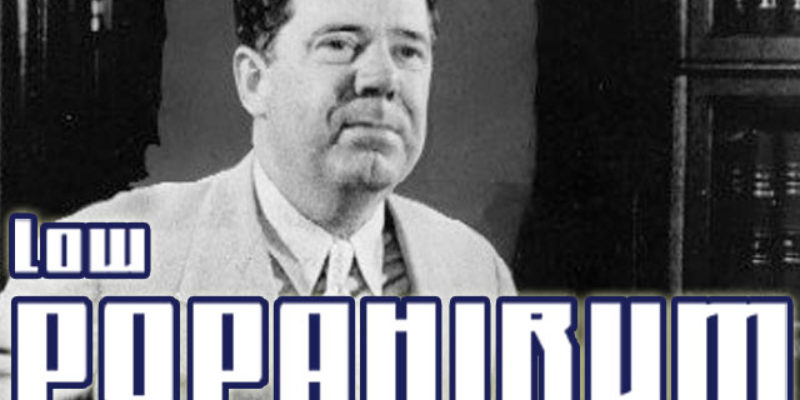 “After more than a century of civil liberty battles and triumphs, African Americans have flocked to the Party that opposed every measurable Civil Rights initiative since the Emancipation Proclamation. It should stun historians that the party of the Ku Klux Klan and segregation now has an undeniable stranglehold on black America.” – Michael Schaus/Townhall

“This one here looks like his head was bent downward,” he told the New York Times. “It can be because he’s giving up, or because he’s charging forward at the officer.” – IJ Review

“What we have here is a failure to communicate. The unrest in Ferguson has continued for more than a week, including several nights of rioting, looting, and accusations in both directions of violence between police and locals (and outsiders especially). Missouri has tried at least two different police forces in attempting to restore order to the St. Louis suburb to no avail, so Gov. Jay Nixon’s call to the National Guard could not have come to anyone’s surprise today, unless they’ve spent the last couple of weeks on vacation.” – Hot Air

“Certainly any time in America that an unarmed suspect is fatally shot by a policeman of the opposite race, there is a need for concern and a quick and full inquiry of the circumstances leading to such a deadly use of force. That said, there is something disturbing about the demagogic efforts to rush to judgment in Ferguson, Mo. While it is understandable to deplore the militarization of the police that might accentuate rising tensions on the street, and to note that a mostly white police force might be less sensitive to a majority African-American populace, there is as yet not much evidence that the antithesis — a more relaxed approach to crowd control under the direction of a sensitive African-American law-enforcement official — has so far resulted in an end of the street violence or of the looting of stores. Too little police deterrence can be just as dangerous as too much.” – Victor Davis Hanson/National Review

“It’s important, when something goes wrong, to be clear about what it is that’s at issue. Talking up Michael Brown as this season’s Trayvonesque angel of peace and scholarship was foolish, and looting stores in his saintly memory even worse. But this week’s pictures from Ferguson, such as the one above, ought to be profoundly disquieting to those Americans of a non-looting bent.” – Mark Steyn

“A question for the Reverend Jackson: Who has been running the show in Newark, in Chicago, in Detroit, and in Los Angeles for a great long while now? The answer is: People who see the world in much the same way as does the Reverend Jackson, who take the same view of government, who support the same policies, and who suffer from the same biases.” – Kevin Williamson/National Review

“The Center for Security Policy’s Vice President for Research and Analysis, Clare Lopez, says in this exclusive video interview with The Daily Caller that very few have seemed to care that America switched sides in the global war on terror when President Obama deposed an erstwhile ally in the Middle East and provided weapons to al-Qaida and the Muslim Brotherhood.” – Daily Caller

“Notwithstanding the baseless nature and obvious political motivation of the indictment, Texas liberals are squealing with delight. The intensity of the anti-Perry vitriol (which is a proxy for Democrats’ longstanding electoral frustration and acknowledgment that 2014 is going to be another GOP landslide statewide) is astonishing. The Chairman of the Texas Democratic Party, Gilberto Hinojosa, and U.S. Rep. Joaquin Castro (D-San Antonio) immediately called on Perry to resign. Perry stands by his veto, calling the indictment ‘outrageous.’ ‘an abuse of power,’ and a ‘farce of a prosecution.’ Perry has vowed ‘to fight against those who would erode our state’s constitution,’ expressed confidence that he will prevail, and indicated that ‘those responsible will be held to account.'” – The Federalist