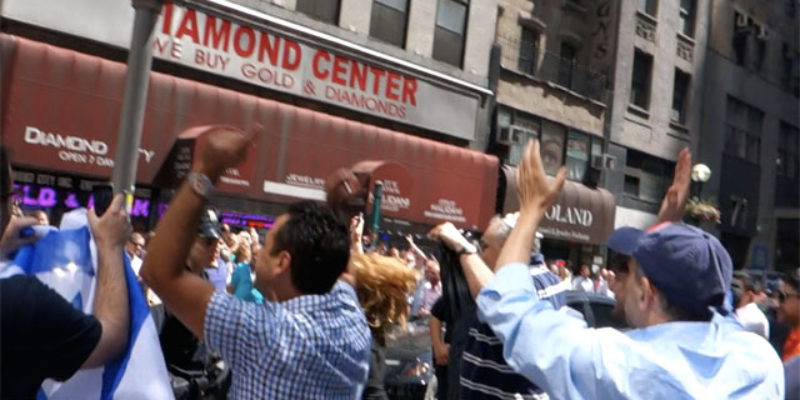 There are very few things more obnoxious than people who would take to the streets to protest in favor of a terrorist group, but that’s what happened on July 25 in New York City when a gaggle of “pro-Palestine activists” decided to hold a march through the Diamond District.

In case you’re not aware, the Diamond District might be the most heavily Jewish area in that city. That’s where the “activists” decided to demonstrate, complete with chants of “Free, Free Palestine” and “Intifada!”

Of course, Gaza has been relatively free since the Israel Defense Force pulled out in 2005, and Hamas, the terror group which “governs” the area has turned it into a military installation with caches of rockets and a network of tunnels the Morlocks would be proud of. That’s what a “free, free Palestine” produces.

But back to the protest, the demonstrators should have anticipated what the reaction to their march would be when it came through the heart of NYC’s Jewish community. They’re lucky the denizens of the Diamond District are civilized folks; otherwise there would have been a riot and the police wouldn’t have been able to keep it in control.

Interested in more national news? We've got you covered! See More National News
Previous Article AFTERBURNER: Let The ______s Do It
Next Article And Then There’s This Guy…