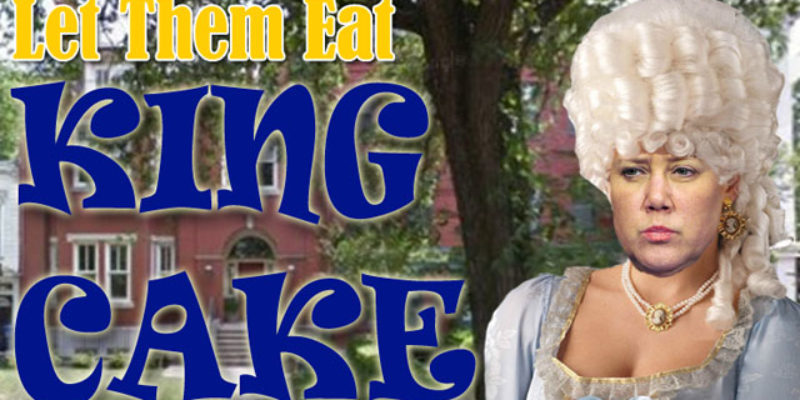 Naturally, this would come. It’s a furtherance of the inevitable narrative of Mary Landrieu as Mary Antoinette, the elitist and out-of-touch figure of ridicule, which continues to build with the endless revelations about residency, travel and so on.

Citizens for Conservative Leadership PAC, as our readers know, is Bill Cassidy’s Super PAC. It’s been somewhat low-key to date but one would imagine that’s going to change as the current campaign heads into the final two months. Especially now that there is blood in the water from Friday’s revelation that Landrieu has admitted to 43 separate campaign trips she billed to her Senate office.

That revelation was such a shocker than it even screwed up our buddy Quin Hillyer’s writings on the Senate race. Hillyer’s column for the Baton Rouge Advocate over the weekend sought to minimize the Chartergate scandal and instead play up her indefensible CITGO vote, in which she is single-handedly standing in the way of sanctions against Venezuelan narco-communist thugs out of a dishonest concern for “protection” of jobs at that company’s refinery in Lake Charles. Hillyer’s blog Friday at the Advocate site to accompany the column was built around the theme that this was sloppy bookkeeping rather than a systematic attempt to defraud the taxpayers, but when word hit about the full extent of the mess he had to offer this…

UPDATE: It’s a bit worse than I thought. By my count, there are right around 100 flights at issue, of which 43 (quick count!) were wrongly charged. That gets pretty close to “dozens.”

Hillyer’s critique of Landrieu is without question more substantial than Chartergate, but there’s a problem with it: while he’s correct about the Venezuela sanctions and the lack of effect those would have on jobs in Lake Charles, not a single vote will be moved by them. Chartergate, on the other hand, fulfills the Mary Antoinette narrative, and that’s a winner. Voters, and particularly apolitical voters who don’t generally care all that much about issues, can easily digest the idea of Landrieu as Mary Antoinette – and they can respond to its call to action.

But interestingly, those two stories are related. Because it was Landrieu’s pal John Breaux, currently lobbying for Squire Patton Boggs (the Boggs in that name, Tommy Boggs, was the son of former New Orleans congresswoman Lindy Boggs; he died over the weekend) on behalf of CITGO, who got Landrieu to block those sanctions. That’s what you get when the players involved are all about Beltway logrolling rather than principle. It’s what you get when your senator plays the DC inside game.

Interested in more national news? We've got you covered! See More National News
Previous Article SADOW: She’s Not Trustworthy, And The Debate Over Debates Shows It
Next Article Dasher Picks Up Club For Growth Endorsement