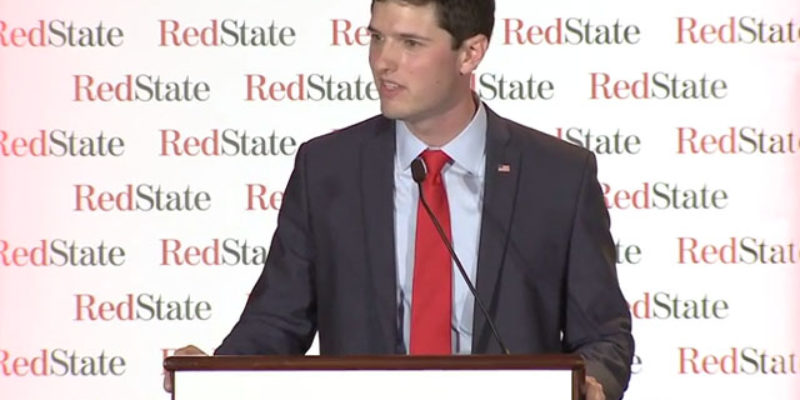 The recent release of Apple’s newest iPhone is but another reminder that the personal lives of millions of Americans now reside in the palm of their hand. Powered by electricity, the iPhone is but a small example of the vast interconnected world coordinated by complex systems of electrical grids that piece together the very fabric of the United States.

Simple financial transactions such as withdrawing cash from an ATM, running water from a faucet, an emergency call to 911, filling up an automobile with gas, purchasing food from the local grocery store, or obtaining medicine – virtually every aspect of modern life could be gone, instantly, with one carefully coordinated Electromagnetic Pulse (EMP).

The reality of EMP was first discovered in 1962 when military scientists detonated a small nuclear weapon in a deserted area of the Pacific Ocean to observe the impact of a nuclear weapon should the Soviet Union attempt such an attack against the United States. The missile was launched and exploded about 240 miles above the earth. What happened next was unexpected. The aftermath of the explosion created an electromagnetic pulse that affected electronics in Hawaii – almost 1,000 miles away. It knocked out street lights in Oahu and telephone links to Kauai.

Since the 1960’s, America’s dependence on electricity, computers, and integrated technology systems has skyrocketed. Today, the nuclear capacities where missiles can create an EMP are affordable, widely available, and easily adaptable so as to be launched from the sea and targeted to explode over land high above the atmosphere. ISIS recently claimed to have captured a Scud missile – thankfully US Intelligence thinks it is not operational.

Dr. William Graham, an expert in this field who served as Senior Adviser to President Reagan and Chairman of both the 2004 and 2008 Commissions to Assess the Threat to the United States from Electromagnetic Pulse Attack, thinks it is only a matter of time before an EMP attack is attempted against the United States.

Graham warned that intelligence data already indicated that the Iranians launched versions of Scud missiles off of the Caspian Sea and targeted them to explode over land. These missiles apparently exploded near their highest altitude. “When you put those two ideas together,” Graham says, “that is an EMP attack.” To read the Commission’s 2008 report is like reading a science fiction novel. “A single EMP attack may seriously degrade or shut down a large part of the electric power grid in the geographic area of EMP exposure effective instantaneously,” the report states.

Should the electric power grid be lost for any length of time (keep in mind it can take up to two years to repair or replace just one extra high voltage transformer), the consequences of an EMP attack would be catastrophic. Americans would die for lack of the basic necessities of life that are all now dependent on the nation’s electrical grid system.

Yet, Congress refuses to act. If the past is prologue, it will be only after an attack, which could make 9/11 look small, on American soil that political forces will mobilize to protect the American people. Currently, no coordinated work to address EMP exists between The North American Electric Reliability Corporation (NERC), the Federal Energy Regulatory Commission (FERC), the US Department of Defense, and the US Department of Energy.

Rep. Trent Franks (R-AZ) sponsored the SHIELD Act to direct federal agencies to immediately begin work to protect the power grid, but the bill has been unable to get out of committee. Why? Because powerful industry forces refuse to concede that the Commission is exactly right in their findings. Once again, powerful political forces undermine the security of the American people.

Of course, a terrorist plot is not the only cause for concern. A geomagnetic storm – something similar to a solar flare – could easily knock out the grid. The 1859 Carrington event created an EMP impact that set telegraph machines on fire and burned up most of the newly laid transatlantic cable. Two years ago, a super solar storm that narrowly missed Earth could have easily disabled the grid. Yet, the current political climate refuses to move forward for any substantive reform.

A “systems thinking” approach is helpful when confronted with unusual threats to America’s complex grid system. By setting in place proper redundancy procedures and strengthening (or “hardening” to use the industry term) both the transformers and generators, thermal and nuclear plants can be raised to a new level of service and resilience in the event of an attack. New interchangeable components of the grid could be built and stockpiled. This would enable rapid replacement of damaged sections in the event of a wide scale collapse.

These and other recommendations would immediately protect the American public from a disaster that could, within a matter of weeks, take more lives than all the wars this country has fought since its founding. To ignore these facts is but another example of the United States Congress whistling past the graveyard.

Paul Dietzel is a tech entrepreneur running for Congress in Louisiana’s 6th District. This piece originally appeared at Townhall.com.

Interested in more national news? We've got you covered! See More National News
Previous Article They Wasted $3.7 Billion On Obamacare Websites That Don’t Work, And Nobody Can Find The Money
Next Article SARGE: Obama’s Making Shakespeare Out To Be A Visionary