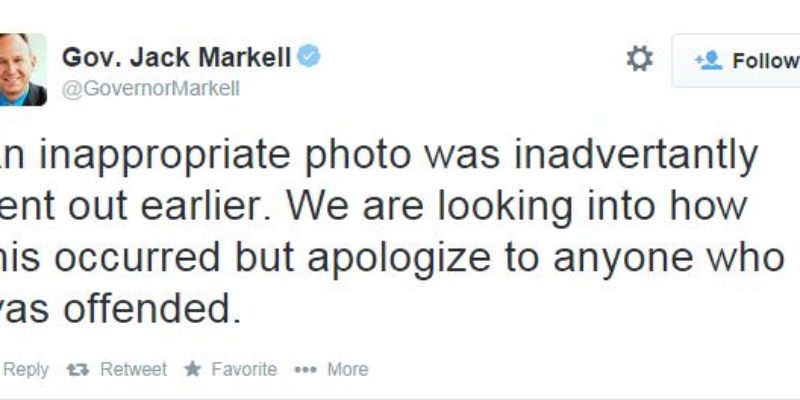 Delaware has a governor. He’s a Democrat. His name is Jack Markell. And he was at some elementary school to announce some giveaway program for poor kids, or whatever. Democrat stuff.

Hey, wait a minute. This is a Van Halen video? Or a giveaway program for poor kids? What are they givin’ away? Hookers?

If you get the impression somebody on the Gov’s staff is gonna get “inadvertantly” thrown under the bus…you ain’t crazy.

At least that staffer can fall back on bondage photography. Which is a much more reputable gig than Democrat politics.