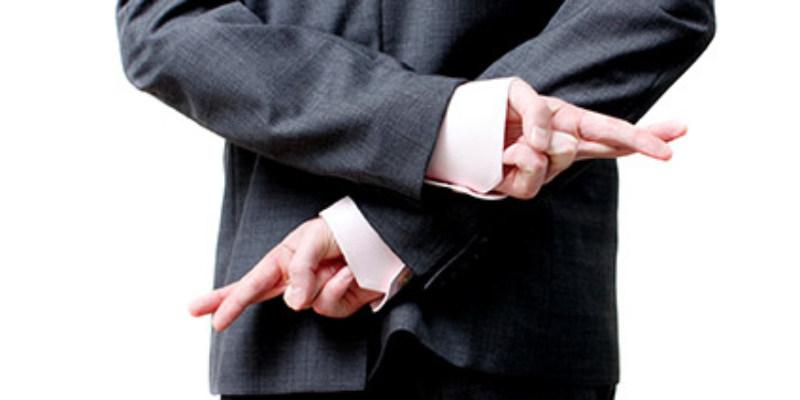 Some lawyers in Louisiana seem to get away with dodgy behavior.  From their questionable advertising tactics, to the relentless filing of meritless lawsuits that waste tax dollars, to taking one-third or more of their clients’ awards— it is not surprising that public opinion surveys consistently show trust in our legal system is rapidly declining.

A nationwide poll conducted in 2012 found deep distrust of the legal system across all races and political stripes, with just 26 percent of voters reporting that they believe our civil justice system provides timely and reliable resolution of disputes. The poll also revealed that only 6 percent of the electorate is satisfied with the status quo, while an overwhelming 92 percent support civil justice reform.

Indeed, citizens have good reason to distrust a system, which often seems to only benefit the lawyers.  This widespread negative perception makes it all the more important that attorneys who engage in unethical or criminal behavior are investigated and properly sanctioned.  But that is not always the case—at least not here in Louisiana.

Take for example the case of Mikal C. Watts, a high-dollar trial lawyer who allegedly exploited language barriers to sign up thousands of minority plaintiffs—many of them Louisiana citizens—in an attempt to “win big” off their settlements.  Watts’ scam was eventually exposed in a New York Times article  last year, and he is now the subject of a federal criminal investigation.  But no action has been taken by the Louisiana Judiciary Commission or the state attorney general’s office to investigate the actions of Mr. Watts. That inaction has apparently left many of our most vulnerable citizens in legal limbo in the aftermath of the 2010 Gulf oil spill.

Then there are Glen Lerner and Jon Andry, with the New Orleans-based law firm bearing their names, who were allegedly involved in an elaborate plot to corrupt the settlement program designed to compensate oil spill victims. AndryLerner  has been accused of paying $40,000 to a senior-level claims attorney in exchange for expediting a $370,000 shrimping claim that was based on false tax returns.  This kind of apparent fraud and abuse clogs up the system and makes it harder for those who have legitimate claims to recover. The judge overseeing the case later forced the lawyers and the claimant to pay back the money, but he did not implicate the lawyers in any wrongdoing.

Thankfully, sometimes the system does experience checks and balances from outside oversight. The independent court-appointed Special Master, Louis Freeh, who conducted an extensive investigation into this matter, concluded there was “ample evidence” that the “attorneys worked together to corrupt [the] settlement process.” In a stunning report that laid out every step of their alleged kickback scheme, Freeh also recommended that the U.S. Department of Justice further investigate the case for possible violations of federal criminal statutes regarding fraud, money laundering, conspiracy or perjury. “The conduct of these attorneys… should be examined by the Court and appropriate authorities,” he wrote in September 2013.

This seemed like a hopeful sign that we may see some action to address what appears to be blatant fraud and abuse. Yet here we are a year later, and we’ve seen no additional investigations.  No sanctions.  No penalties.  No one’s bar license has been revoked or even reconsidered.  The public record reveals no evidence of any action being taken by the Louisiana Supreme Court, the Louisiana Attorney Disciplinary Board, the Louisiana Attorney General’s Office or the Justice Department to ensure that the appropriate standards of legal and ethical conduct are being followed.

Are some lawyers immune from prosecution or even investigation in our state?  That seems to be the message sent by this inaction.

Simply put, state and federal law-enforcement agencies have an obligation to investigate and prosecute those who abuse our civil justice system for their own personal profit.  Cracking down on the litigators who appear to perpetrate fraud in our courts is necessary to preserve and strengthen public trust in our legal system.