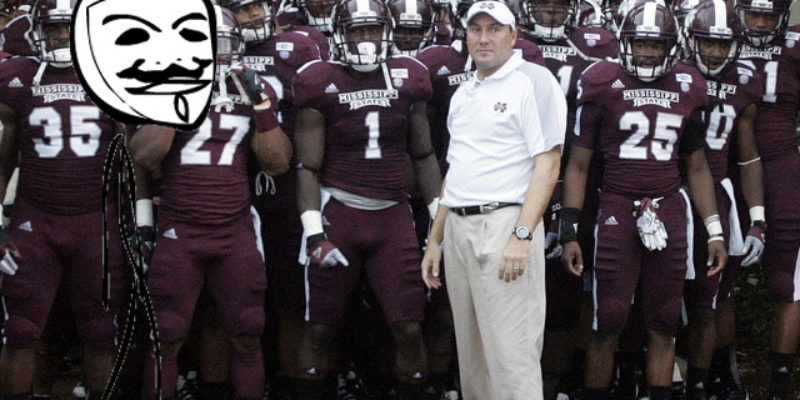 The last time the Bulldogs won this game was 1999, when LSU’s team was in the process of insurin’ Gerry DiNardo got fired, and even that game was pretty sketchy – State won on a touchdown run where the guy rolled into the end zone (hey, I ain’t complainin’ – if it wasn’t for that game and a couple others, we wouldn’t have hired the Lil’ Guy Who Won Us A Championship). Before that, the last time State beat LSU was in 1991. LSU is 21-2 against these people since 1990.

Before that, State used to win all the time. But before that, you could go see Stevie Ray Vaughn live. So there.

Anyhow, this might or might not be an omen of what’s gonna happen on Saturday. Maybe State comes in an’ comes off the schnide. Stranger stuff has happened. But if they do, it’s a good bet it won’t be because they got real inspired over the YouTube hype video their fans put together about the game…

Then again, maybe I’m bein’ too harsh. I do gotta admit my juggarnuts are tinglin’.

Interested in more national news? We've got you covered! See More National News
Previous Article THE REVOLTING TRUTH: Is ISIL Islamic?
Next Article A Picture So Bad It Might Make You Blame Mary Landrieu For LSU’s Loss Last Night