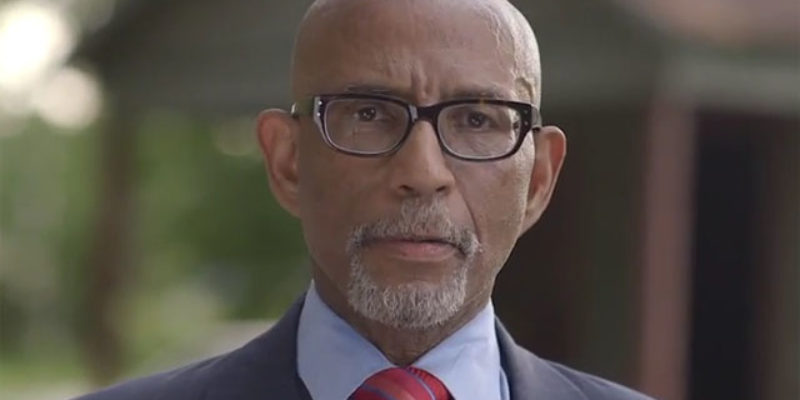 It’s a web ad for state Sen. Elbert Guillory’s Free At Last PAC, and it’s that organization’s first foray into the Senate race. At one time it was thought Guillory would enter into the race, but he stayed out – and he’s been relatively quiet this year. There hasn’t even been much discussion about his plans to run for Lt. Governor next year. So his re-emergence onto the political scene is interesting for a couple of reasons.

First, this video is a red-hot indictment of Mary Landrieu’s failure to deliver for the black community…

It’s interesting, because Guillory doesn’t actually go into any specifics of what Landrieu has done or not done for black people in Louisiana. He just talks about effects; namely, that black neighborhoods don’t seem to be any better over the 18 years she’s been in the Senate and the economic numbers in the black community aren’t any stronger. That’s a credible indictment in its own right, but Landrieu would respond with a host of votes she’s made that would have resulted in broad prosperity for black Louisianans had only the mean Republicans agreed with her.

Second, Guillory’s re-emergence as a voice for black conservatism in Louisiana is long overdue. There was a lot of buzz a year ago about a number of party-switchers in the black community and the efforts to build a base, however small, of black voters for the Louisiana Republican Party. But since Guillory’s switch last year and subsequent brief media tour, that has abated to a large extent – and the polls of the Senate race showing Bill Cassidy with less than 10 percent support in the black community are an indication of how little momentum is present right now. Considering that Cassidy is a doctor whose clientele is mostly Medicaid patients, a disproportionate number of whom are black, he should be polling better than the historical average for statewide Republicans.

And that means Cassidy and the LAGOP need some help. They need Guillory to stir the drink in the black community – if not for Cassidy, then certainly against Landrieu.

Whether this video makes a difference or not is a good question, but it certainly can’t hurt the cause.

UPDATE: Guillory said today (October 2) that Free At Last PAC is re-cutting the video to make it a :60 TV ad. If you want to see this message reach the audience it needs to reach, click here and follow instructions.