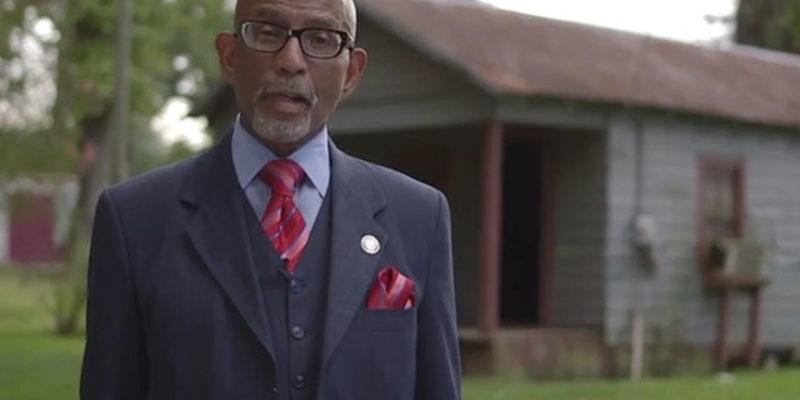 No, we will not take credit for this. Lots of actual political pros saw Elbert Guillory’s smackdown of Mary Landrieu and the Democrats’ record in helping the black community and lamented the fact it was too long to make a TV ad out of.

Regardless of how that message got through, this just happened…

But as we reported, Free At Last PAC, which is Guillory’s political action committee and the likely vehicle to fund putting that ad on the tube across the state, isn’t sitting on a big chunk of change at present. So if they’re going to go up with an ad buy so that black voters in Louisiana will actually see it, then it’s going to take folks like us stepping up and making it rain.

This thing needs at least a good million bucks to really give it an airing all over Louisiana. And that won’t happen unless all of us act now. We’re going to need to dig deep and flood Free At Last PAC’s coffers so they can make that media buy.

It’s not a Super PAC, so all you can give is $5,000. That means the Joe Canizaros, Lane Grigsbys and Art Favres of the world can’t just stroke a few big checks to solve this problem. This is going to require a whole lot of people giving money.

Here’s a link to Free At Last PAC’s donations page. They use Anedot, which is very, very good for online donations. Go there and drop them some money.

And then share this post with everyone you know, and demand they follow you to Free At Last PAC’s donations page and drop them some money, and demand that they repeat the process.

There are a little more than four weeks left until Election Day in November, and then there will be five weeks until the runoff in December.

As the Wall Street Journal’s Jason Riley said earlier today, this is just about the best outreach to the black community anybody in the Republican Party has come up with in recent years. It must be seen. Now that it’s going to be put in a proper posture to be seen we’ve got to get this done.

This is not a Republican Establishment effort, and it’s not the brainchild of some DC scam artist. This is the brainchild of a state senator from Opelousas who changed from Democrat to Republican a year ago because he couldn’t tolerate what the Democrats have done to his community – and he put his political future at risk in doing so – and the local folks working with him. They need your money to make a difference, so make it happen.

UPDATE: We’re told Free At Last PAC is now a Super PAC, which means the $5000 limit no longer applies.

So we are now weapons-free on this project. If you have the means to make a monsoon, then please do so.