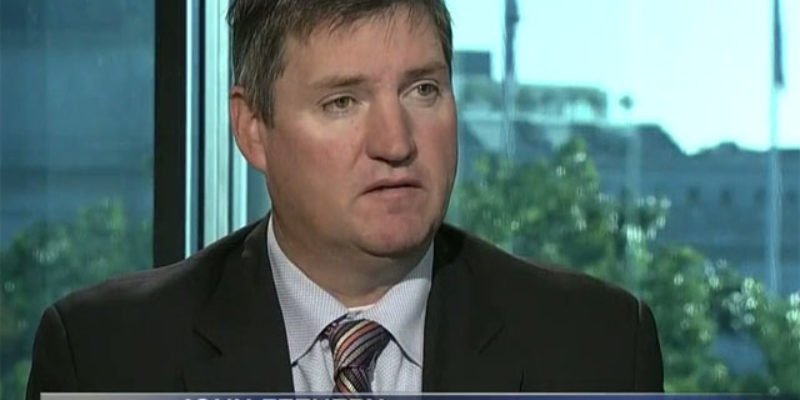 Our readers are by this point well aware that we believe there is little to be gained by Rob Maness continuing to run in the Louisiana Senate race. We’ve made the point that Maness doesn’t have a path to victory and cannot make the runoff, and while there doesn’t appear to be any danger that Maness’ presence in the race will “split the vote” with Bill Cassidy on the Republican side and allow Mary Landrieu to skate to a primary victory (she’s polling too far below 50 percent for that to be a realistic possibility) the long-shot candidate’s continued attacks on Cassidy could give Landrieu an opening to echo them in the runoff.

And the real threat Maness’ continued campaign operations and inside-the-tent attacks could have is to so poison the 10-12 percent of the vote he’s catching that many of them will refuse to back a Republican in the runoff. There is polling to indicate that isn’t a major threat, but one never knows.

But this week there has been a lot of “Maness ought to get out” stuff based on some of the polling that shows if he wasn’t in the race Cassidy would be cruising to a comfortable victory in just under four weeks. There was a Daily Caller article we referenced yesterday making that case, and now there’s a Wall Street Journal op-ed saying the same thing.

The WSJ piece is by someone we’ve taken to task before as a true representative of the Stupid Party operating in Washington. John Feehery, a lobbyist, political consultant and loudmouth who parlayed a past life as a press flack for Bob Michel and Denny Hastert into a career as a Beltway influence-peddler and a pundit of low-to-middling repute, is the current trumpeter of the “Maness Must Go”  meme. From his op-ed…

If Col. Maness truly cared about fiscal responsibility, he would drop out of the race and allow Rep. Cassidy to win the election without forcing a run-off. It would save Louisiana taxpayers a couple hundred thousand dollars, and it would all-but guarantee that Republicans would be one vote closer to knocking Harry Reid out of the Senate majority leader’s office.

For Feehery, who is by this point known as one of the most obnoxious of the GOP establishment’s anti-Tea Party hacks, to get involved in this race is counterproductive for practically everybody but Mary Landrieu. Cassidy’s camp has to be cringing at the running of Feehery’s pen.

Well, for one thing John Feehery and his past attacks on Tea Party conservatives will only serve to alienate those Maness voters the Cassidy camp has taken pains not to irritate with attacks on their current candidate. Cassidy’s interest, as the frontrunner for the Republican spot in the runoff, is to keep things nice and quiet with the Maness voters in hopes of reaching out to them in the runoff and having them climb aboard his bandwagon in time to swamp Landrieu in December. Feehery trashing Maness and demanding he get out serves zero purpose in that regard, and probably makes it more difficult for Cassidy to fuse the Republican and conservative vote together for the runoff.

And for another thing, Feehery hasn’t a clue how Louisiana’s elections – and maybe any other state’s elections, for that matter – work.

Because it’s too late for Maness to get out of the race. The ballot for November is set. Maness’ name is going to be on the ballot no matter what he does at this point; if he withdraws and endorses Cassidy he’s still going to be a line on the ballot and get votes. Except if he’s no longer in the race, those votes don’t get counted.

Let’s say Maness got 10 percent of the vote, the other candidates combined for five percent and Landrieu beat Cassidy 45-40. But if Maness was out of the race and that 10 percent wasn’t counted, Landrieu would now be at 45 percent of the 90 that got counted. And if she’s got 45.1 percent in that scenario, she ends up with 50 percent plus one in the primary and wins.

Is that a likely scenario? Not especially. But it happens to be the only one in which she can win this race right now.

Veteran politico John Feehery, who is so incredibly knowledgeable and has so much expertise, is completely blind to this fact. That doesn’t stop him from wading in and throwing bombs at Maness, and exacerbating this establishment-vs-Tea Party war that hasn’t really exploded in Louisiana the way it did in Mississippi and Kansas and a few other places.

Of course, Feehery isn’t going to persuade Maness of anything, so this is academic. What is not academic is that his advice is terrible as always, and we’d all be better off if he kept his mouth shut.

Interested in more national news? We've got you covered! See More National News
Previous Article Not Surprisingly, The Graves Campaign’s Theory Of The LA-6 Race Differs From Dietzel’s
Next Article How Stupid Is The Rob Maness Campaign? See For Yourself…