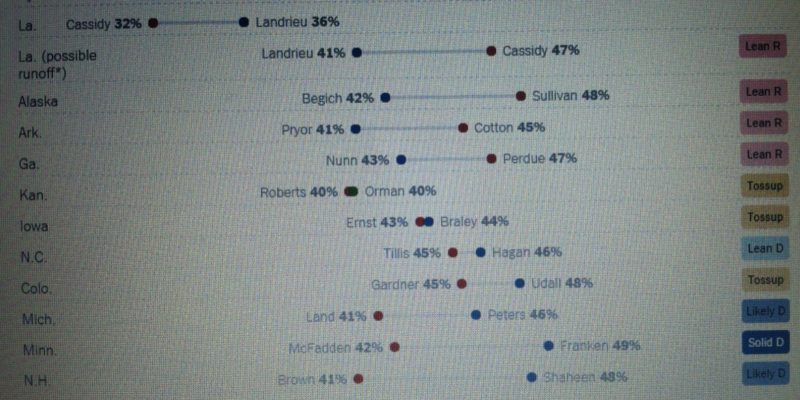 According to the poll, Landrieu leads in the state’s senate jungle primary against Rep. Bill Cassidy (R-LA) and Col. Rob Maness, but falls short of the 50 percent needed to avoid a runoff election. Here are the numbers for that poll:

However, in the runoff election, Landrieu trails Cassidy. This is a huge departure for the Landrieu’s campaign once lead in New York Times’ July polling which had Landrieu ahead of Cassidy. Since that July poll, Cassidy’s number in the runoff has jumped 5 points. Here are the poll numbers:

Subsequently, the poll has the state “leaning Republican” in the runoff election. In fact, the 2014 midterm elections are heavily favoring Republicans over Democrats in the overall poll. Check out all the numbers here: 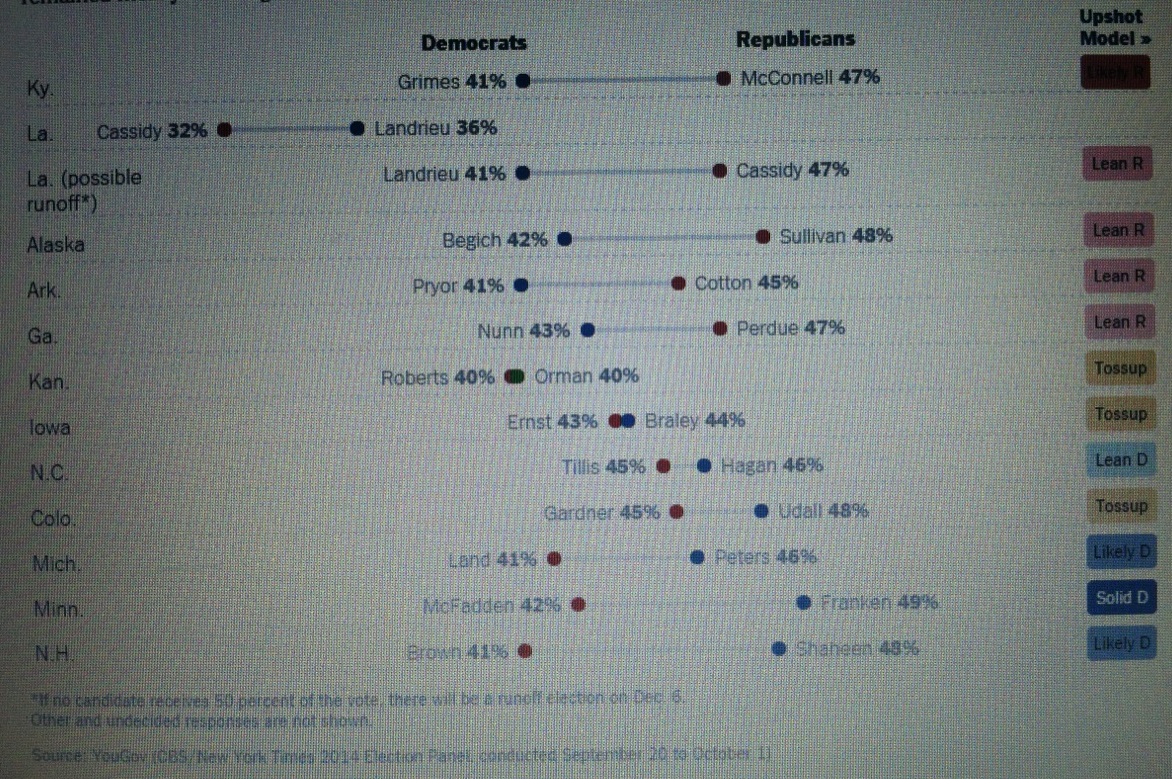