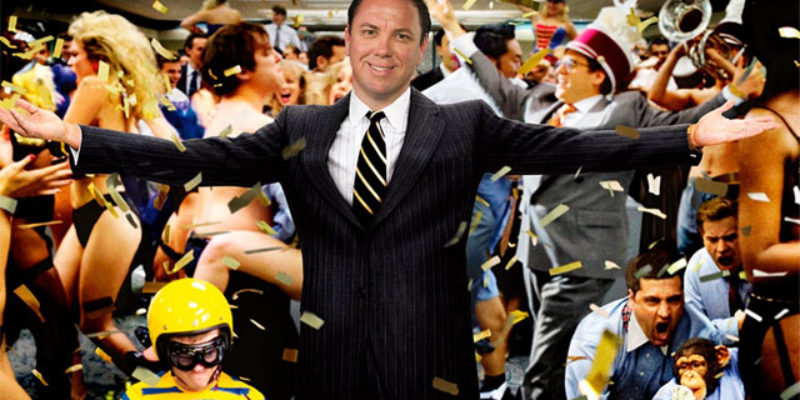 It’s an ugly, ugly beatdown of Louisiana’s 5th District congressman, and it would seem there isn’t any way McAllister can come back from it. Either Zach Dasher or Ralph Abraham is going to beat him in November, is our guess, and get into the runoff with Monroe mayor Jamie Mayo.

The NR story isn’t about McAllister getting caught on video kissing a staffer after what looked like a sexual tryst. It has fresh dirt on him you might not have heard.

Specifically, this. McAllister is a large shareholder in an oil and gas drilling company called Texas Coastal Energy, and that company sued a former employee named Taylor Stilovich in May after the latter left in April to start his own company. Texas Coastal Energy alleged in its lawsuit that Stilovich had essentially walked off with its investor prospect list, which is the mother’s milk of any small energy exploration company.

But Stilovich’s response to the lawsuit reads a bit like a movie script. Wolf Of Wall Street, for instance.

Texas Coastal Energy, according to a legal complaint filed by a former employee in August, was awash in inappropriate or even illegal activity ranging from drug use to sexual harassment and the misuse of investment funds. The allegations are detailed in a Dallas County district-court filing by Taylor Stilovich, who served as the company’s vice president for business development until he resigned in April. Stilovich did not return a phone call seeking comment, and his lawyer, Jeremy Fielding, declined to comment on the matter.

Just days after National Review Online began investigating Stilovich’s claims, attempting to contact him and McAllister and speaking with lawyers for both Stilovich and Texas Coastal Energy, Stilovich on Wednesday afternoon abruptly withdrew his claim from the court. He asked that it “disregard” his allegations. He also produced a letter, sent to Texas Coastal Energy, stating that his dispute with the company “did not relate to any issues I had with Mr. McAllister either personally or professionally.”

Stilovich had laid out, in great detail, eye-popping claims about the company’s bawdy corporate culture. The former employee, who described himself as a “devout Mormon,” said Texas Coastal Energy was a “workplace suffused with drug use, gambling, sexual vulgarity, and sexual harassment of female employees.”

Stilovich’s crawfishing on those allegations is probably indicative of a quick settlement made with Texas Coastal Energy, and it will be interesting to see if they’ve dropped their suit against him. One would imagine that they would have been better served waiting until January to sue him so as to keep this dirt from sprinkling McAllister’s re-election effort.

But either way, the allegations are out there, and while they might be wild they’re believable where McAllister is concerned based on what we already know.

It’s devastating stuff, and one would imagine it will ruin any chance McAllister has at re-election. The voters in the 5th District will just need to decide whether Dasher or Abraham is the beneficiary of his political demise.

Interested in more national news? We've got you covered! See More National News
Previous Article How Stupid Is The Rob Maness Campaign? See For Yourself…
Next Article How Bad Is Wendy Davis’ Campaign?