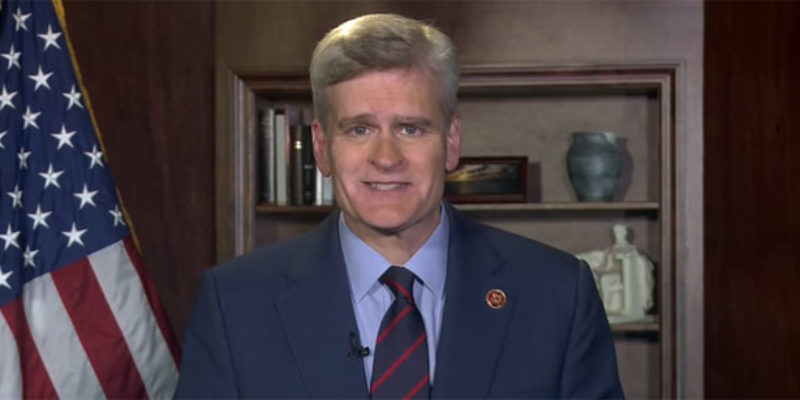 Timing is everything in politics. It’s pretty important in journalism, too.

That’s a pretty good lesson for Burgess Everett of POLITICO, who has a piece out this afternoon entitled “Is Cassidy Too Boring For Louisiana?”

Everett’s piece makes note of something which is true, which is that Louisiana’s political tradition generally rewards ebullient, bombastic personalities. Of course, his examples of this are Edwin Edwards, who fits that bill, and Vance McAllister, who doesn’t. Vance McAllister is known for having a sex scandal less than a year after taking office, but he’s anything but a magnetic personality on TV or the King Of The One-Liners. If you want to say that Steve Scalise is an example of the big personality Louisiana voters are looking for, or Jeff Landry, OK. McAllister?

So that’s a shot at Louisiana voters who Everett apparently thinks equate sex scandals with personality. Thanks, guy.

Democrats contend that Cassidy — who rarely raises his voice or changes his tone, even when confronted with criticism — is such a snoozer that his party affiliation alone won’t be enough to carry him in this hotbed of discontent for the president and his party. As former Sen. John Breaux (D-La.) put it in an interview: “Louisiana, let’s face it, has always liked personalities.”

Republicans don’t dispute that Landrieu, who comes from a family of charismatic pols, is more in line with the Bayou State’s outsize political lineage. But her willingness to confront Democratic leaders and propensity to embrace Louisiana’s party culture might not be enough to earn her a fourth term.

“She’s a better candidate than Cassidy. But no one’s going to compare her to John Breaux, Edwin Edwards or Billy Tauzin,” said Bob Mann, an LSU professor and former Democratic operative. “He’s a grilled cheese sandwich. She’s maybe a shrimp po’ boy. Edwards is a big bowl of gumbo.”

Wait, stop. What was that Richmond said?

“He’s weird. Dude is weird,” Richmond said. “He’s not what Louisiana is. He’s not personable, he’s not charismatic.”

That’s not all Richmond said in the piece…

Cassidy’s singular focus on linking Landrieu to the president hasn’t been free of controversy: In a state with the second-highest percentage of African-Americans in the country, he has compared Reid’s Senate to a plantation and said poor people are unable to read Obamacare forms, apologizing for neither.

“It’s the worst campaign,” said Richmond, who is African-American. “They just want a picture of a black man and a white woman up there in Louisiana to stoke fear and all the worst feelings in people.”

Leave it to Cedric Richmond, Scumbag Extraordinaire, to call Bill Cassidy a racist. Richmond’s character has improved little since the 2007 barroom brawl he was involved in over a pool table or his getting suspended from the bar in 2005 over trying to run for the New Orleans City Council from a district he didn’t live in. Richmond does little else but play the race card, but he’s beclowned himself calling Cassidy a racist for tying Landrieu to Obama and his policies. Not that it’s a surprise.

The piece concludes by relaying Cassidy’s total confidence in winning the race even after delving into the griping about Cassidy from the Rob Maness crowd, and the Senate Conservatives Fund’s Ken Cuccinelli – who has little relevance to the state. The finale…

For now, Cassidy has the momentum over Landrieu, who’s dogged by questions about using taxpayer money for campaign flights and residency at her parents’ house. Last week, she replaced her campaign manager but said the campaign would change little, likening the move to bringing in a closer during a baseball game’s ninth inning.

Though Cassidy insists he’s not “measuring the drapes” for his new Senate office, he all but guarantees victory — never complimenting Landrieu for her service or acknowledging that she has any shot. To hear him tell it, almost any Republican could beat Landrieu; he just happens to be the guy that will do it.

“They’re going to vote, they’ll hold their nose, they will do whatever,” he said of his state’s divided Republicans. “They will vote. We will win.”

You almost get the impression Everett thinks Cassidy is overconfident or delusional or something.

But the Rasmussen poll that came out today which had Cassidy ahead of Landrieu 52-43 in the head-to-head matchup was out before the 2:32 p.m. eastern timestamp on Everett’s story, and that makes questions about whether Cassidy has enough personality obsolete, if not silly.

Sure, Louisiana voters like politicians with some showmanship, and sure, that’s a certain deficiency of Cassidy’s. But what Louisiana voters like these days a lot more than a little Tabasco in the pomade of their elected officials is somebody who’ll oppose Obama. They don’t like Obamacare, they don’t like the EPA, they don’t like seeing the Keystone XL Pipeline plans gathering dust, they’re tired of hearing good news about the state’s economy but not really seeing this massive boom we ought to be having because the national economy is holding us down, they’re tired of worrying about illegals coming across the border and putting pressure on jobs and giving our kids tropical diseases in the public schools, they’re tired of ISIS and Ukraine and the Muslim Brotherhood…they’re tired of Obama and his crappy leadership, and they want somebody who doesn’t vote with him 97 percent of the time.

In other words, Louisiana voters are showing in polls like the Rasmussen survey out today that they’re a lot more interested in issues and governance than some clownshow at a podium someplace, or a tailgate party. They’re a lot more substantive than Burgess Everett gives them credit for.

Interested in more news from Louisiana? We've got you covered! See More Louisiana News
Previous Article Houston Is Proving Why Baton Rouge Dodged A Bullet With That Fairness Ordinance
Next Article SADOW: Onward And Upward With Education Reform