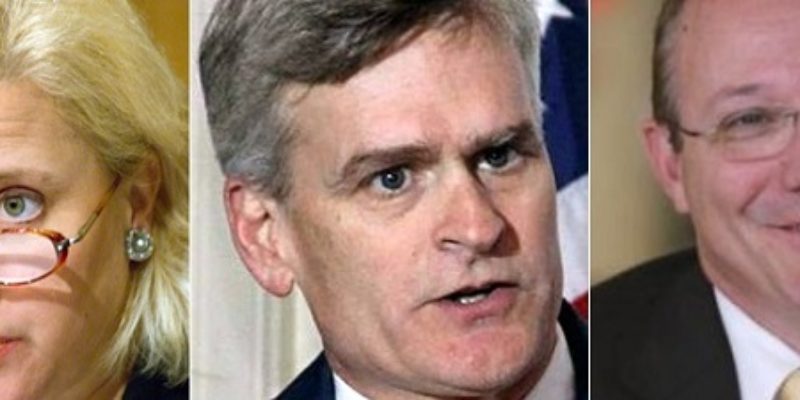 The public television 2014 Senate election debate for Louisiana has come and gone, which served to reinforce existing support for the two major and one mid-major candidates, and really contributed nothing else.

Let’s face it, on the whole “debates” (they aren’t really, more like forums where candidates try to answer as much as possible in the way the want to as much as possible regardless of the questions with little depth given to these) only cause any significant shifts in support that last any length of time when candidates say something controversial, if not stupid. Nothing of the sort happened; when the most outlandish thing said, by the Republican major candidate Rep. Bill Cassidy (a medical doctor) that he favored letting people hoot up for medical reasons while his mid-major GOP compatriot Rob Maness and the major Democrat involved incumbent Sen. Mary Landrieu refused to join him, you know the needle won’t move as a result of this.

Little in the way of new details emerged in terms of policy preferences. Cassidy and Maness differed on little, while Landrieu skittishly tried to sidestep articulating any specific position on most of these items by both spinning general platitudes and trying to meld answers into touting experience. When asked for specifics, she almost imperceptibly glided to broad generalities. For his part, Cassidy used these to draw contrasts with Landrieu along the lines of tying unpopular policies she supports and the slightly-more-popular-than-Ebola-incinerated-wastePres. Barack Obama around her neck, while Maness played up what few differences he had with Cassidy while noting the more numerous of those with Landrieu.

Cassidy was most effective when, on several occasions, he pointed out that Landrieu was not what she presented herself as, if not a fraud. For example, when she answered a question about campaign finance and emanated a holier-than-thou attitude about how there was too much money in politics, Cassidy zinged her about her fundraising and how so much of it came from obscurant liberal forces that made her seem part of the very problem she protested.

He was least effective in dispelling in a direct manner that somehow he was not “conservative” enough. While he rattled off a number of unambiguously conservative issue preferences (indicative of his voting behavior in Congress where he scores more conservative than the typical GOP house member, their average already pretty conservative), the casual viewer (admittedly, most who viewed this probably are very interested in politics and already have made up their minds on their choice) could have used some help in that regard by more explicit appeals.

Those weren’t missing from Maness, who did his level best to look and sound like former Pres. Ronald Reagan. He also played up a quality of uncertain political impact, his political inexperience that appeals to those who see the major problem in Congress as too many politicians “corrupted” by experience but repels others because they see no proof that he’s up to the job. If Maness had not convinced some that his conservatism differed in quality from Cassidy’s and attracted those who declare a pox on established politicians, he would be a one-percenter in the polls, and if Cassidy has any chance to win outright without a runoff, he has to capture those with lingering, if misplaced, doubts that he’s not conservative enough. Yet Maness was caught short more than once when asked about specifics, with a couple of answers being basically he didn’t know what to do and would go to committee on it.

As for Landrieu, her best efforts came when throwing in the kitchen sink about all she had allegedly done for the state in nearly 18 years in office. Unfortunately for her, for some of these Cassidy had a different story that downplayed her influence, if not showing her to be powerless even with Democrats like her in charge in the Senate, such as on revenue sharing for offshore oil royalties.

However, as it transpired she was playing catch-up all the way. The opening question, which served as a quasi-opening statement opportunity, inquired as to why each had gotten involved in politics. Cassidy emphasized a service orientation beginning as a doctor to the indigent and instructor and activated into politics after what he saw as government failures as a result of the hurricane disasters of 2005. Maness said when he got out of the military and feared for the country’s future, and running for this was his response. But Landrieu said she thought about it getting out of college (which, given the politicized environment in which she was reared, seems unlikely late) and, encouraged by others, went for it – which made her come across as a lifetime politician whose only job has been to spend other people’s money. It didn’t help that at times she across as petulantly attacking Cassidy over trivia such as the number of debates to which he would commit, conveying an air of desperation that seemed to contradict her narrative that she was a cool, experienced hand the state needed instead of (as she mentioned once) a “rookie.”

Even though this soiree ended as about as inconsequential to the election as it could – bad news for Landrieu who consistently trails Cassidy in head-to-head matchups polling and needs something to shake the race up – if putting a gun to an observer’s head to make him declare a winner, it would be Cassidy. Neither Cassidy nor Landrieu gained traction, and Maness at least looked like he belonged there and was not a trivial candidate. If it can be considered a victory by any of the three, the event did nothing to change anything about the dynamics of the campaign that continue to fuel a wave sweeping Cassidy to an eventual win at the ballot box.