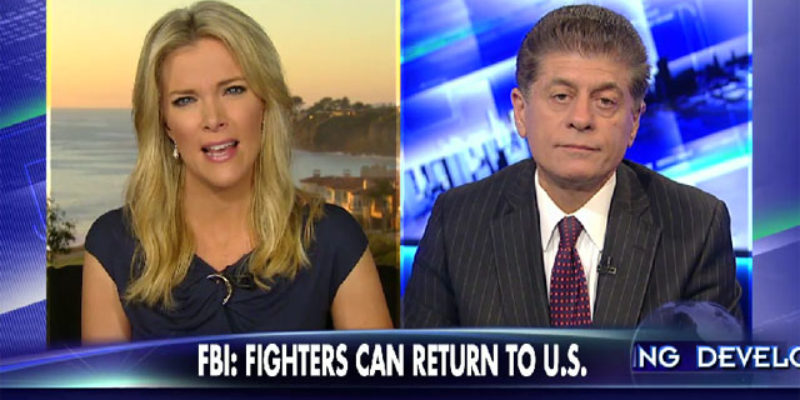 This was one of the more exasperating segments you’ll ever see on cable news. It’s an analysis of video from FBI director James Comey, who discussed the American citizens currently fighting with ISIS in Iraq and Syria in a 60 Minutes appearance on Sunday. Kelly has Fox News’ legal analyst Andrew Napolitano on to discuss Comey’s statement that should any of those trained ISIS jihadist killers return home on their American passports the Bureau will make sure to keep a close eye on them.

Napolitano, who holds Comey in very high regard, is appalled that this would be current federal policy – and then drops a rhetorical bomb about why and how the American ISIS fighters aren’t specifically guilty of treason.

Interested in more national news? We've got you covered! See More National News
Previous Article Pelosi: I Insist You Indulge My Fantasy Definition Of Illegal Aliens
Next Article WAGUESPACK: Is DC Part Of The Solution, Or The Problem?