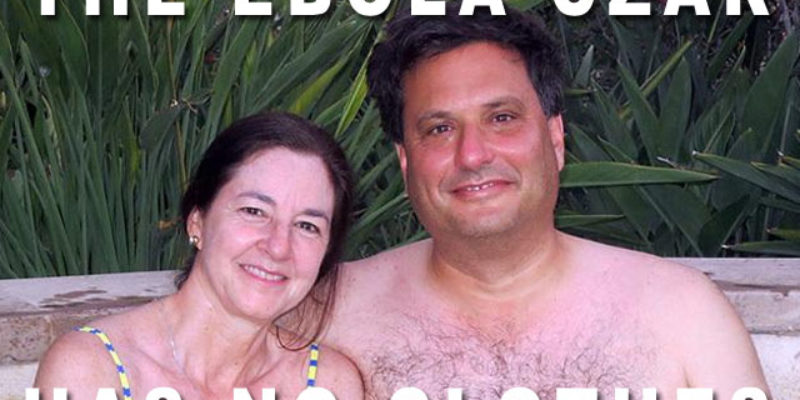 Overpopulation, he says. And the fact that too much of America’s attention is devoted to stuff that goes on overseas. This from a 2008 interview at Georgetown…

So this is the guy you put in charge of dealing with an African virus for which there is neither a vaccine nor a cure?

Either there is a complete dearth of vetting of White House appointees, or this is a White House poorly-positioned to dispel the myriad conspiracy theories surrounding its rather unusual policy decisions.

Ron Klain is not a particularly good spokesman for our effort at fighting Ebola, given this video, and it’s hard to see how he’ll be effective at anything other than playing hatchet-man inside the administration to stop leaks and people talking out of turn.

Which numerous pundits have said is evidence that the Obama administration doesn’t see Ebola as a public health problem, or national security problem. They see it as a political problem in advance of the midterms, and Klain’s job is to minimize the damage Ebola is causing to the party – or at least minimizing the damage that the administration does to itself by its members going off-message before Election Day.

That’s why Ron Klain isn’t even attending the Ebola meetings at the White House. His job isn’t Ebola.

Hell, based on things Ron Klain has said about overpopulation among brown people in the Third World he might not think Ebola is such a bad thing – it might be a good instrument for fighting his Manichean war against the Third World poor who are using up all our resources. And warming the planet, and so on.

Sure, let’s put this guy in charge of saving lives.