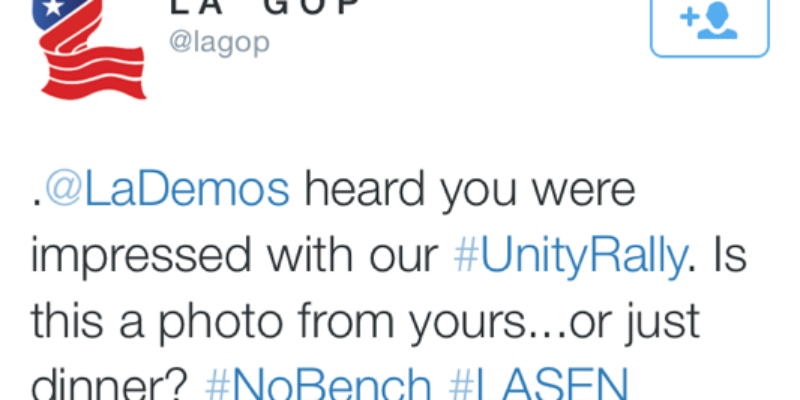 By now, you’ve probably seen what a success the Republican Unity Rally was today for Rep. Bill Cassidy (R-LA), who is looking to unseat Sen. Mary Landrieu (D-LA) in the December run-off election.

Being that Cassidy’s Unity Rally garnered a slew of popular Republicans across the state and country, including Sen. Rand Paul (R-KY) and Sen. David Vitter (R-LA), the LAGOP wanted to ask the LA Dems (LaDemos) this snide question via Twitter, wondering if this little get together between Landrieu and Karen Carter Peterson was their “unity rally.” 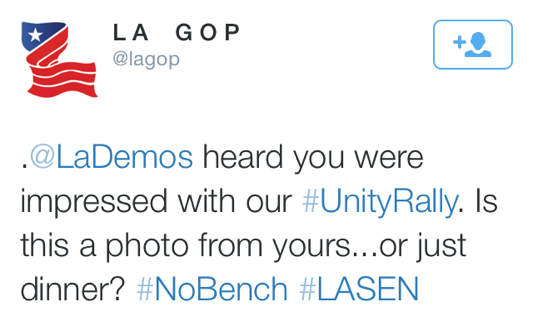 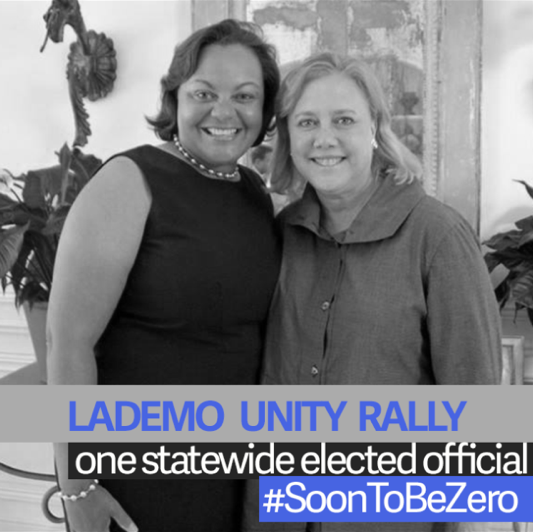