We’ve talked in the past about John Diez, the Prairieville-based polling guru of Magellan Strategies Baton Rouge, and the solid reputation his firm has put togther among politicos around the state.

What our readers might not know is that Diez, who did the internal polling for the Garret Graves campaign, had a frighteningly-accurate forecast of the 6th District race a week before election night.

Diez had that race as follows:

So when Diez comes out with a poll today saying the Dec. 6 runoff in the Senate race is going to be a massive blowout for Bill Cassidy, unless some major intervening event were to happen between now and Election Day you can pack Mary Landrieu’s Senate office up and ship her belongings elsewhere. 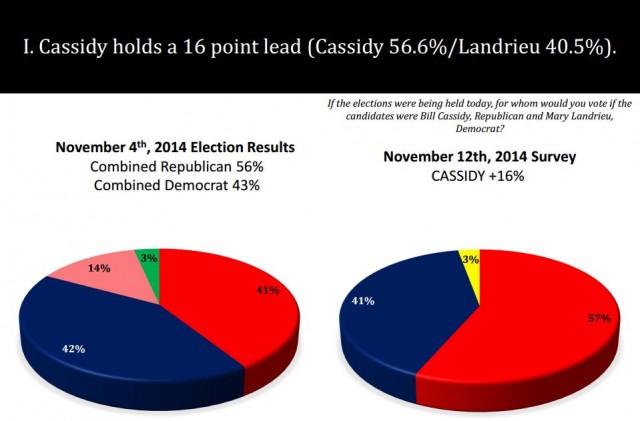 The poll has Landrieu with 88.8 percent of the black vote and Cassidy with 7.2 percent, which would represent something of an improvement for Cassidy given that he pulled three percent of the black vote on Nov. 4 according to the exit polls and Landrieu had 94 percent. Diez’ sample was 69 percent white and 27 percent black, which would indicate a bit whiter electorate than what turned out in the primary – but that’s what most folks expect. 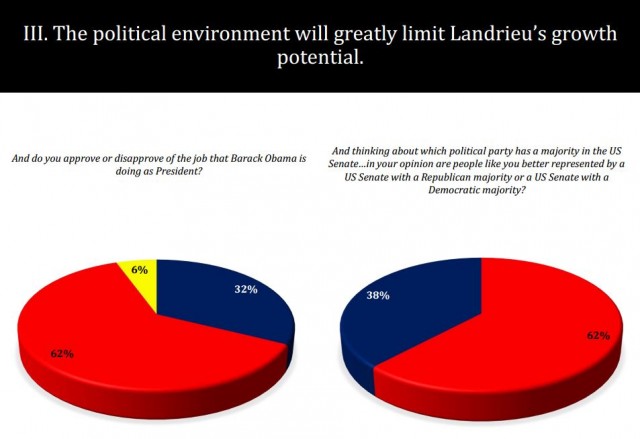 This is a very, very red state – and it’s getting redder.

It must be said that Diez’ poll is an internal poll for Cassidy. Because of that there will be people who scoff at it.

But there were people who scoffed at his polling of the 6th District race. We’ll have a post in coming days about that, but let’s just say his results speak for themselves.

Interested in more national news? We've got you covered! See More National News
Previous Article DESPERATION: Landrieu Stabs Reid In The Back
Next Article BOYD: Seven Reasons Why Voters Should Just Say No To Forest Bradley-Wright For PSC