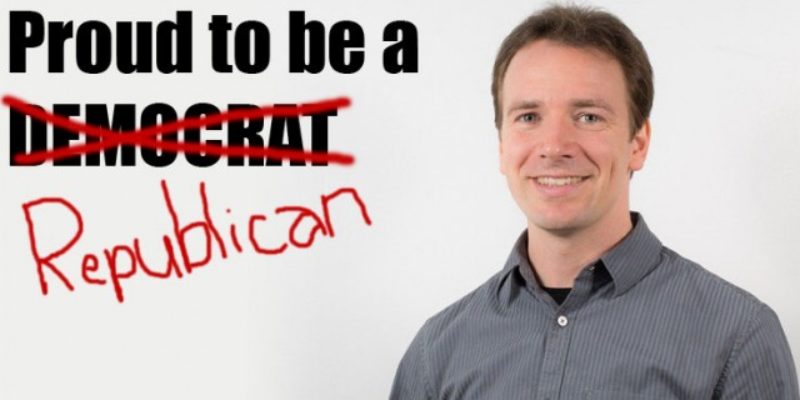 On December 6, voters in the New Orleans area will be voting on a very important race, the race for who will represent District 1 on the Public Service Commission. The PSC, among other
things, creates and regulates electricity policy in the state of Louisiana.

There are two candidates running for the seat, current incumbent Commissioner Eric Skrmetta and Forest Bradley-Wright, an “energy expert” currently on leave from a leftist outfit known as the Alliance for Affordable Energy. Voters in this race should keep Commissioner Skrmetta and here’s why:

1) Louisiana already has some of the lowest electric bills in the country. Why mess with what’s working? Under the current PSC and Commissioner Skrmetta, Louisiana has electric bills below the national average. As an added bonus, Forest Bradley-Wright has lied about Louisiana’s low utility rates in the past.

What about Bradley-Wright? His organization, the Alliance for Affordable Energy, has been supportive of the new Obama EPA rules. His organization urges the rules to be adopted in order to force more wasteful “energy efficiency” programs and higher costing renewables on Louisiana consumers. This will destroy the billions of dollars of industrial investments that are expected to come to Louisiana because of Louisiana’s energy economy.

4) Speaking of dishonest, Forest Bradley-Wright is trying to pretend he’s a Republican. Bradley-Wright has run for PSC before, in District 2 against Scott Angelle. Last time around, he ran as a Democrat. Now, since he’s running in District 1, which is the most conservative PSC district in the state, he switched parties to run as a Republican. Also, the Alliance for Affordable Energy isn’t exactly a bastion of conservative and free-market thought.

6) Forest Bradley-Wright supports requiring non-solar customers to subsidize solar customers. A main plank in Bradley-Wright’s platform is to keep the current “net metering” regulations, which require utilities to buy excess solar power from homeowners who generate it on their roof tops at retail rates. This is akin to a gardener requiring the supermarket to buy their surplus squash at retail prices. The supermarket has to raise prices to offset the higher cost. What Commissioner Skrmetta supports is the utilities buying the surplus power at wholesale rates, which is reasonable and fair to both sides. What Bradley-Wright wants is a handout to the solar companies by making utilities pay more than fair market price for solar energy. This will result in higher costs to
Louisiana consumers.

7) Forest Bradley-Wright is a supporter of a Renewable Portfolio Standard, which means higher rates for Louisiana consumers. Bradley-Wright’s former and future employers at the Alliance for Affordable Energy support a Renewable Portfolio Standard (RPS) which would require Louisiana utilities to generate a percentage of power from higher-costing renewable sources such as solar and wind. This is a two-fold increase in expenses because since the sun doesn’t shine all the time and the wind doesn’t blow all the time, backups using more conventional fuels have to be built. All of this adds to higher electricity bills for Louisiana consumers.

The choices are very clear. You can vote for a liberal Democrat pretending to be a Republican in Forest Bradley-Wright who is wholly owned by Big Solar and supports the Obama war on Louisiana’s energy industry. You can vote for the same Forest Bradley-Wright who doesn’t even live in the district and supports higher electric bills, or you can vote to reelect Commissioner Eric Skrmetta, a conservative Republican who has worked to lower utility bills and will fight Obama’s job killing rules against Louisiana’s energy economy.

A vote for Forest Bradley-Wright will give the left a majority on the PSC with Democrats like Lambert Boissiere, who represents Bradley-Wright’s district, and Foster Campbell. This will be a PSC that will promote Obama’s war on Louisiana’s energy industry. The choices couldn’t be more clear in this race.

Kevin Boyd is a writer for IJ Review, an associate policy analyst with the R Street Institute, and has been published at Rare and The National Interest.

Interested in more national news? We've got you covered! See More National News
Previous Article Diez Poll: Cassidy Has A 16 Point Lead On Landrieu
Next Article Here’s The Spot Landrieu And The Louisiana Democrat Party Are Running On Black Radio…