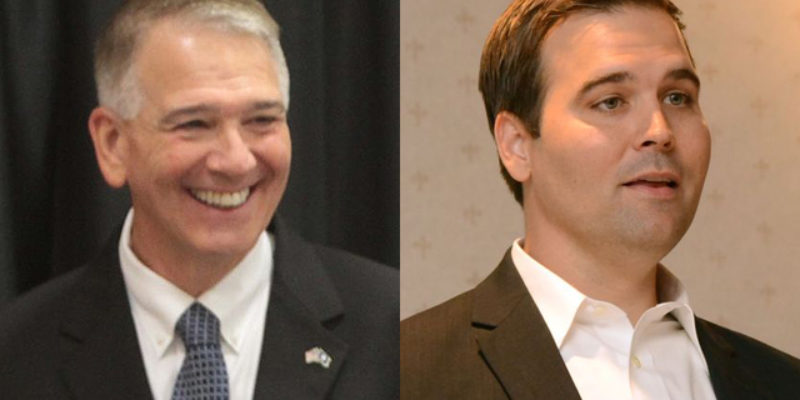 Editor’s Note: What follows is a pair of letters we received touting each of the conservative Republican alternatives to the scandal-plagued incumbent in Louisiana’s 5th Congressional District, Vance McAllister…

This is a time in our nations history where we are facing many threats. From Ebola to ISIS, from our soaring debt to the assault on our individual liberties and from forced political correctness to enforcement of our U.S. borders, we wake up every morning to more stories in the news we wish we didn’t have to see. I fear for the direction our country is taking and I fear for the vision of our future that my grandchildren will be forced to live.

There is a man running for Congress who understands and is equipped to lead us regarding each of these major threats and I want to tell you about him. He has built several successful businesses and knows how hard it is for our small businesses to succeed. He is a man who served in country in the Army Special Forces. A man who has faithfully led his family in faith and in service to his local church, Alto Baptist Church. A man, raised as a farmer, who grew up working the land and hunting in our neck of the woods. A man who serves still today as a pilot who volunteers his time with the National Guard Civil Air Patrol and for Pilots for Patients. In his everyday life, he serves as a rural doctor who built his practice from the ground up, treating patients from all walks of life who have come to know him, to trust him.

I know Ralph Abraham and know him to be a servant, whose record in life reflects just that. Running for Congress is an extension of his heart for service and as a leader who, if elected, will advocate for term limits and donate his salary to St. Jude in Memphis and the Independence Fund, which provides rehabilitation equipment to veterans who have lost limbs in their service. Ralph will stand for our principles and make the decisions in Congress that best represent us, the people of the Fifth Congressional district.

When I look at the resumes of each man running for this office – and there are 8 men running – there is not one who stands up beside Ralph Abraham. He is a man of integrity, with a mature, proven lifelong commitment to service. In a time when many of our leaders have forgotten that they truly represent and serve the people, Ralph has shown us that he has, and will, do just that. I urge you to study the candidates before you vote on Tuesday. I think you will find that there is no more qualified candidate who stands ready to lead than Ralph Abraham.

With Election Day almost here, I want to tell you about my friend, business associate and fellow church member, Zach Dasher.

I have known Zach and Jil for many years. He loves his wife and kids, and he’s told me many times that they are the driving force behind his run for Congress. He wants to make sure that his children have the same opportunities we all had growing up and that the American Dream doesn’t fade away.

Although Zach never planned on running for political office, I can’t think of a better man for the job. He’s articulate, he’s intelligent, he’s a problem-solver and he loves fostering relationships with people.

I’m voting for Zach because what you see is what you get. He’s one of us. Zach is a dad, a businessman, a mentor to many and a dear friend. He’s not looking for a career and he’s not looking for the limelight. He’s looking to make a difference. Zach cares about the people of Louisiana and he cares about America. He’ll serve our district and our state with honor and integrity.

In case you were wondering, Zach is a rock solid conservative. He’s 100% pro-life. He won’t give an inch when it comes to defending our Second Amendment rights. He’ll fight to repeal Obamacare, not try to fix what can’t be fixed. He’ll stand firm on immigration reform and not give in to amnesty. Zach will be relentless in his pursuit to reduce burdensome regulations on our small businesses. And most importantly, Zach will fight to reduce the federal government’s intrusion into our states’ rights and bring Christian principles back to Washington, D.C.

Zach has taken a lot of heat for standing by his faith. He’s been attacked by renowned atheist, Richard Dawkins. That should tell you a lot about the character of Zach Dasher. He won’t sway with the winds of political correctness. He won’t cave to the demands of the political elites. He’ll stand on his Christian principles and fight for us.

Zach is tenacious, he is enthusiastic and he has a vision for a better tomorrow. He would give you the shirt off of his back if you needed it. He is not afraid to stand up for truth and what is right, even when it’s not popular.

Tomorrow will be the first time that I walk into the voting booth and cast my ballot for someone that I would trust the lives of my family with. If we elected more men like Zach Dasher, America would be a different place. So, fellow Fifth District voters…as you go vote on Tuesday, I hope you will consider my friend, Zach Dasher for Congress.