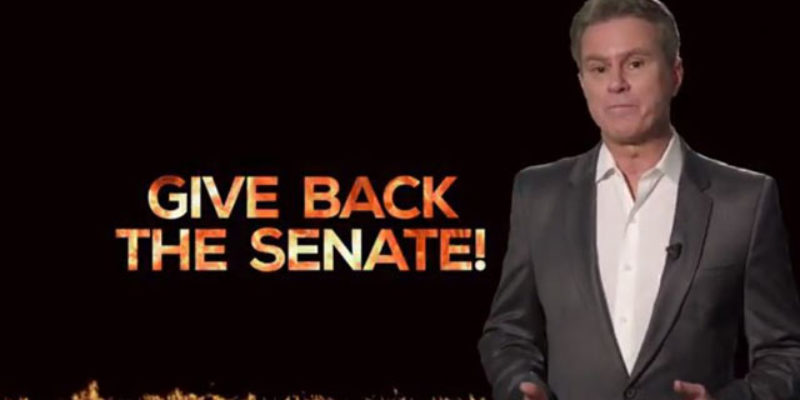 Here, Bill Whittle makes a suggestion in the wake of Tuesday’s electoral rout of the Democrat Party; go for real, structural change.

Specifically, go for a repeal of the 17th Amendment, which fundamentally altered the makeup of the federal government by providing for the direct popular election of Senators.

As Whittle says, the Senate was originally created by the framers of the Constitution to represent the interests of state governments in Washington. This was seen as an important check on the power of the federal government, because senators chosen by state legislatures would represent the interests of those legislatures and block the feds from encroaching on the states. That encroachment has manifested itself in countless ways, and it’s hard to find examples where the federal government has produced better results than the states previously did. Think of welfare, for example, or the Department of Education.

Repeal of the 17th Amendment was one of the 11 Liberty Amendments Mark Levin included in his bestselling book last year, and it has been discussed at length on the Right. It’s an idea whose time has come and it ought to be discussed in the newly-Republican Senate and elsewhere.