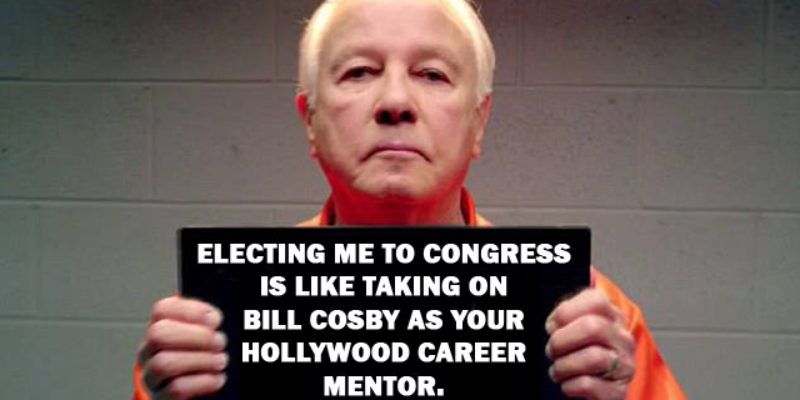 Our buddy John Couvillon was the pollster for Paul Dietzel’s campaign, so he counts as an independent, if Republican, pollster when he reports some fresh numbers in the 6th District runoff.

Couvillon released the results of his survey, which was conducted on Nov. 17, on Friday. The sample included 793 respondents from households which had voted in the Nov. 4 primary, and it matches the electorate from that primary about as closely as possible. The demographic breakdown of the respondents was 76-20% white/black, while the party registration of respondents was 42-39% Democratic (19% Independents) – in the November primary, the racial and party breakdown of those who voted was 76-21% white/black and 43-39% Democrat (18% Independents).

In other words, Graves has pulled together all but four percent of the Republican vote from the primary, and Edwards has pulled in all of the Democrat voters.

Meaning the race is going to be somewhere between 61-39 and 65-35 for Graves – if the electorate looks like it did on Nov. 4. The guess is it’s probably going to be a more Republican electorate than it was, and Graves might actually get higher than 65 percent if things go well.

But neither candidate is currently up on TV with a heavy presence. Edwards hasn’t run any TV at all, and Graves’ presence has dropped off from the blitz he laid on at the end of the primary. So the race looks more like an exercise in turnout at present.

There isn’t much of a question whether Graves will win. Edwards is wasting his time continuing in the runoff. Everyone knows it.

Meanwhile, Couvillon also polled the Senate race – both in the 6th District, where he says Bill Cassidy has a 62-33 lead over Mary Landrieu after she managed to get 44 percent of the vote in the primary, and statewide.

The statewide numbers (the survey was taken on Nov. 20):

Again, the sample was pegged to the Nov. 6 electorate. The demographic breakdown of the respondents was 69-28% white/black, while the party registration of respondents was 50-34% Democratic (16% Independents) – in the November primary, the racial and party breakdown of those who voted was 68-29% white/black and 49-33% Democratic (18% Independents). Most people think the electorate will be more Republican than it was in the primary, so Cassidy might well be underpolling in the survey.

Couvillon’s numbers are pretty similar to those Magellan Strategies found two weeks ago and Rasmussen Reports found last week. A 15-16 point race with Landrieu struggling to get above 40 percent seems to be the conventional wisdom among the pollsters at present.