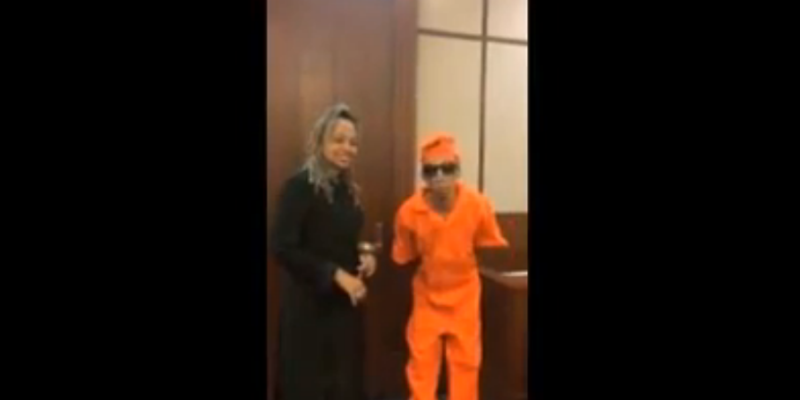 A whole series of judicial miscues, ranging from laughable to outrageous, has emerged in Louisiana over the past year.  Consider the actions of Louisiana State District Court Judge Trudy White who posted a campaign video online appearing with a man posed as a criminal in her court room who proclaimed, “I ain’t going to be here that long because Judge Trudy White about to send me back home, so if you want somebody to show you some love, vote for Trudy White on November 4th.” (View the video by clicking here.)

The embattled judge who ultimately won her bid for re-election described the video as a joke, but the rising crime rate in Louisiana’s capital city is no laughing matter.  Surely, this stunt violated numerous standards for judicial conduct, not the least of which is that it apparently took place inside the people’s court, which was generously built with taxpayer money—but thus far there has been no word on an official investigation by the Judiciary Commission.

Another glaring example of judicial misconduct is District Court Judge J. Robin Free, who recently got caught taking an all-expenses paid trip to a lavish hunting ranch owned by a Texas trial lawyer, who only days earlier had settled a lawsuit in Free’s court for $1.2 million. After investigating the matter, the Louisiana Supreme Court handed down a mild 30-day suspension, which can barely be considered as a “slap on the wrist,” even after it was revealed that Judge Free has suffered from ethical lapses throughout his entire judicial career.  Is a month long suspension really the appropriate sanction for a judge who has (by the court’s own admission) “harmed the integrity of and respect for the judiciary?”

Then there is the gang of New Orleans criminal court judges who spent more than  $75,000 of taxpayer money at luxury resorts in Panama, Jamaica and Florida under the pretext of obtaining continuing legal education, all while cutting court spending for jury services, legal transcripts, building maintenance and other essentials. Adding insult to injury is the fact that the judges’ behavior is all perfectly legal under the rules set by the state’s high court.

The stunning and recurrent lack of good judgment displayed by some members of the Louisiana judiciary is truly troubling, as is the lack of discipline and oversight exercised by the Louisiana Supreme Court when matters such as this surface.  Simply put, we need reform.  If the judiciary is unwilling or unable to hold themselves to a high standard of ethical conduct, then we must call on the governor and the legislature to hold them to that standard.  Improving transparency and accountability throughout the judiciary are a must.