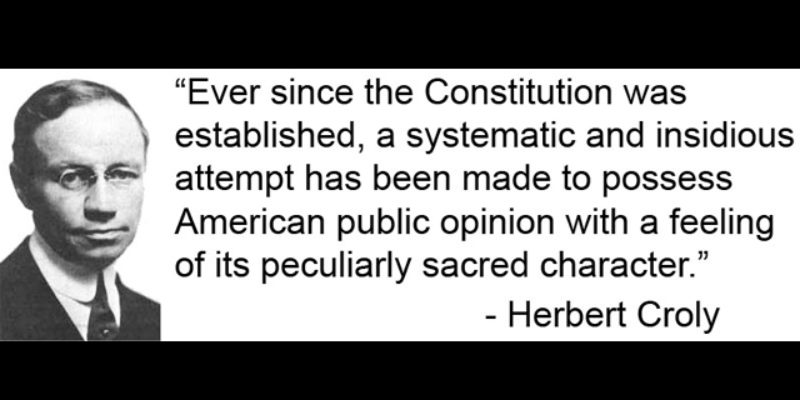 There’s little chance Jonathan Gruber will fall from the screen as Fox News continues covering this cynical and devastatingly callous man saying the American people are stupid because we believe the lies told us.

Nancy Pelosi’s too stupid to understand the fact she’s being recorded for posterity every time she opens her mouth. Josh Earnest is the latest idiot savant to step to the microphone as Obama’s witless mouthpiece. He steadfastly dances around the truth and maintains the ideal Gruber put forth: the fact Democrats believe we’re too stupid to recognize and understand the chicanery perpetrated against us regularly by Progressive politicians of both parties.

George Will on Fox News quoted Herbert David Croly: “the average American individual is morally and intellectually inadequate to a serious and consistent conception of his responsibilities.”

Croly was the co-founder and editor of THE NEW REPUBLIC MAGAZINE a liberal American magazine of commentary on politics and the arts published continuously since 1914. His political philosophy influenced many leading progressives from Theodore Roosevelt to Obama. Born a scant 14 years after the rise of Marxist ideology, Croly was a child born of an elite journalist family and educated in private until he entered City College of New York and later entered into studies at Harvard in 1886.

Croly poured and set the foundation for the Progressive movement in America. It was from his statements, essays and books, specifically The Promise of American Life, much of what we see as Progressive dogma is developed and pushed upon the American people since Roosevelt and Wilson slavishly adopted the philosophy. The text is interesting when viewed from the point of learning the thought processes behind so many liberal politicians today. It’s strong and unrepentant belief it is the upper-class should be responsible for American government and the idea the lower-classes are too unintelligent and “unregenerate Americans would be “saved many costly perversions” if “the official schoolmasters are wise, and the pupils neither truant nor insubordinate.”

Croly believed American “national life should be a “school” taught by the government: “The exigencies of such schooling frequently demand severe coercive measures, but what schooling does not?” In other words he believed the government should tutor all people in the best manner they could further the goals of the masters as opposed to the will of the people. This was a stance developed from Croly’s understanding of Jefferson’s belief in the strong individualism of the American psyche. He felt this should be redirected toward the heavy federalist stance of Alexander Hamilton where the strong centralized government would be shown as being superior to individual thought and personal control of destiny. Croly thought the Industrial Revolution changed the governmental stance after the frontier individualist passed into history. The greatness of the nation would be centered in the government’s bureaucracy as opposed to the integrity and participation of the individual. Government would direct the people to the maintenance of the government as opposed to the service of the government for the people’s good.

Croly wanted the people to be subservient and subordinate to the government. Subordination is dependency viewed from a position of supposed superiority of caste structure; one where the wealthy and educated sit above and beyond the masses. Today, it’s seen approvingly by progressives imposing, from above, the dependency agenda readily recognizable in the persons of such people as Obama, Pelosi, Gruber and the rest of the Democratic Party.

The effective thought process of the Progressives in this country is best understood in the obvious conduct of Progressive ideals and in this quote from Croly: “If the American people balk at the sacrifices demanded by their experiments (progressives), or if they attach finality to any particular experiment in the distribution of political, economic, and social power, they will remain morally and intellectually at the bottom of a well . . .” Is there no better understanding of Democrat’s contempt for the people?

Now you know where modern Progressives such as Gruber are coming from. So, if we can understand what’s just been said and shown; we’re not as damned stupid as they all think we are.

It’s time to take back our country.