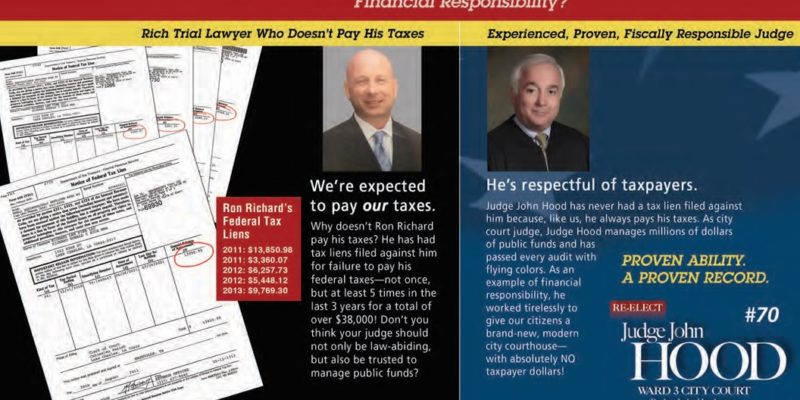 Lake Charles Judge John Hood, who is being accused of cheating in a new attack, says his opponent Attorney Ron Richard doesn’t pay federal taxes, at least for the past five years. 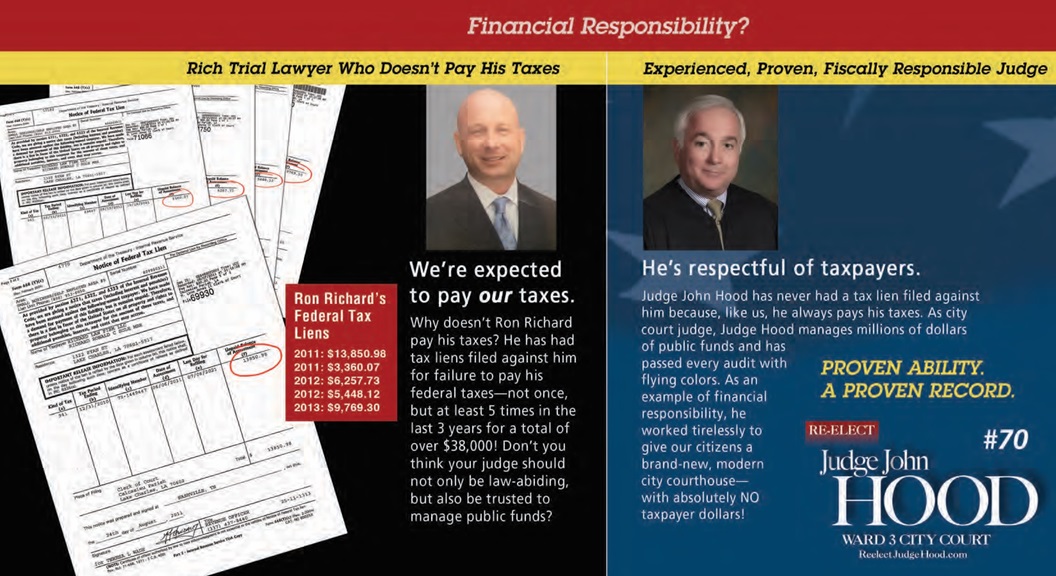 Richard’s spokesman James Hartman said the advertisement is disingenuous because it does not take into consideration that Richard is under payment plan with the IRS.

“It is not uncommon at all for business owners to be on payment plans,” said Hartman. “The allegation that he is dodging taxes is absurd. He does pay his taxes, he’s just paying them on a payment plan.”

Hartman said often times, the IRS puts liens on individuals’ taxes when they are on a payment plan.

In a new ad by Richard’s campaign, Hood is accused of hiding in a married woman’s closet at 1:30 p.m. on a Wednesday afternoon, according to a police report obtained from the Beauregard Parish Sheriff’s Office. The ad was subsequently confirmed to run today, but it was pulled off the air by KPLC and Fox29.

Apparently, the cable company claimed the ad did not fit Federal Communications Commissions rules, which mandates that a candidates voice or face must appear in the TV spot. The ad’s radio spot, however, is currently running in Lake Charles, despite alleged efforts by the Hood campaign to get the radio ad removed.


Interested in more news from Louisiana? We've got you covered! See More Louisiana News
Previous Article This Lake Charles Judge Has Been Up To No Good But Local Media Doesn’t Care
Next Article SADOW: The Next Battle Will Be Against The Faux Republicans