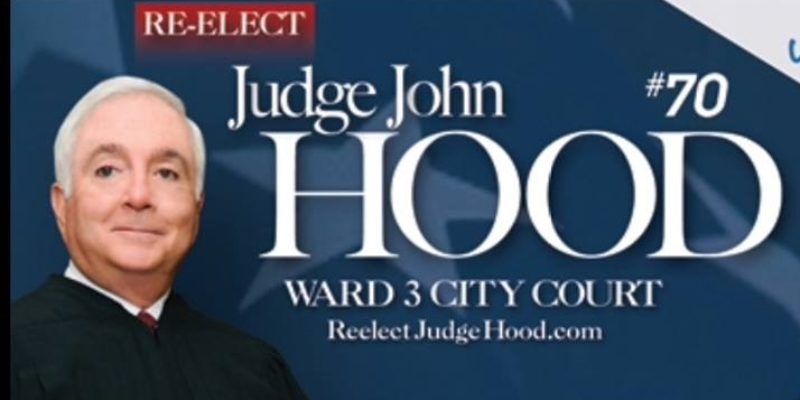 Hood allegedly was involved with an incident in which Judge John Hood was found hiding in a married woman’s closet at 1:30 p.m. on a Wednesday afternoon, according to a police report obtained from the Beauregard Parish Sheriff’s Office.

Here’s the ad TV stations pulled off the air:

And here’s the police report the ad is based on: 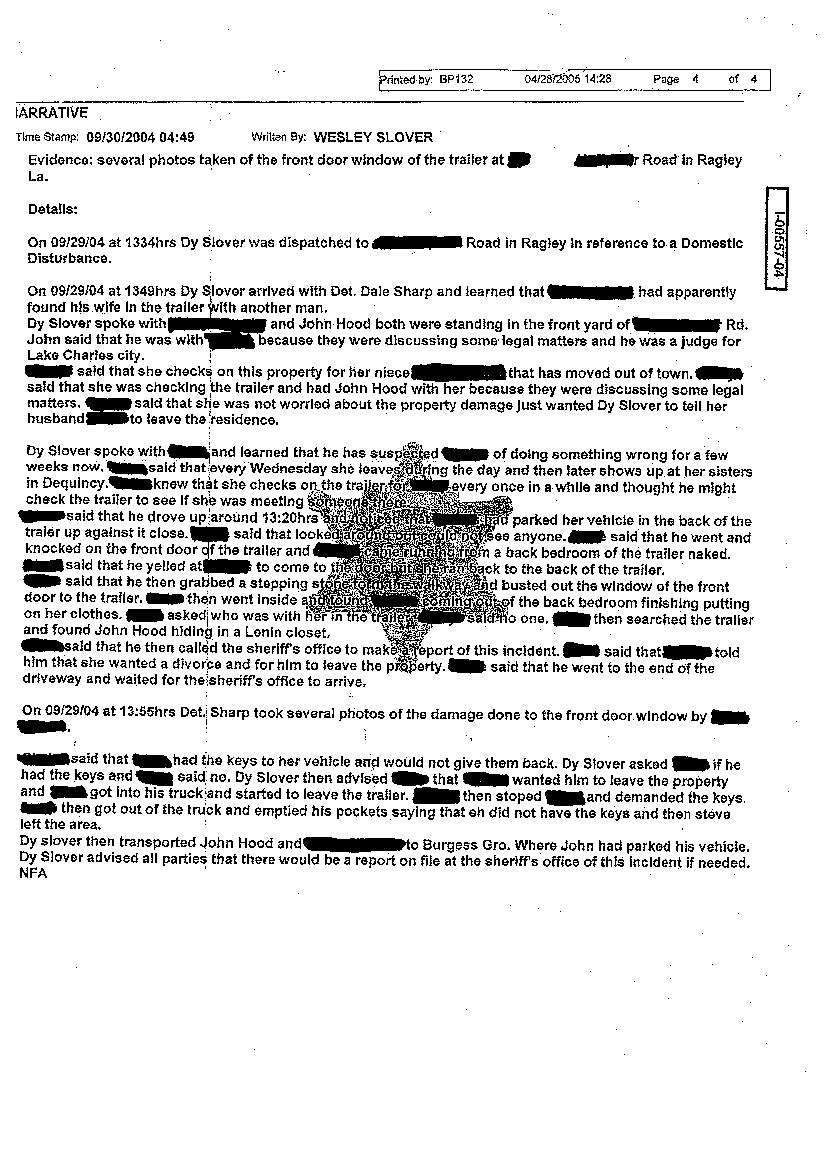 Lake Charles TV stations yesterday confirmed they would begin broadcasting the ad today.  However, this morning, KPLC and Fox29 indicated they would not broadcast the spot.

Hood is in a run-off election with Attorney Ron Richard this Saturday.