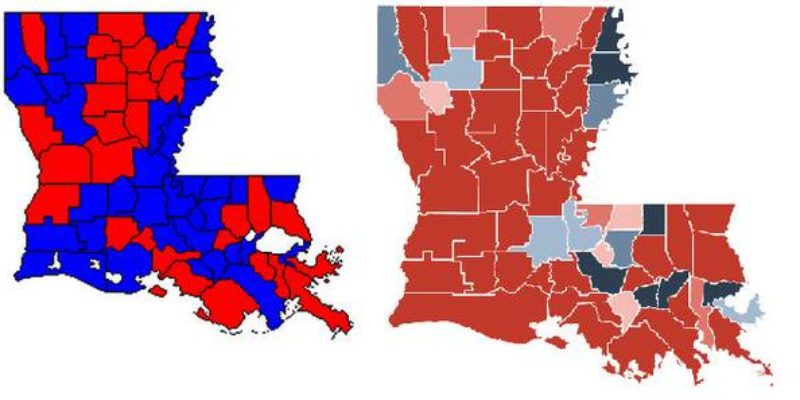 Now that Sen. Mary Landrieu (D-LA) is done in the US Senate, after being defeated by Rep. Bill Cassidy (R-LA), liberals are already salivating over what the Senator will do next in politics.

For the majority of those speaking out, it is running for the Louisiana governorship against Sen. David Vitter (R-LA), who is seen as the front-runner in the race.

Famed Wendy Davis for Governor supporter, Lamar White Jr., recently wrote a piece titled Mary Landrieu for Governor? in which a few Democrats get to fantasize about Landrieu running in the gubernatorial race against Vitter. It’s like a liberal wet dream.

Like this anonymous Democratic official that White spoke with:

“There is only one way next year’s elections become competitive for down-ticket Democratic candidates,” a prominent Democratic official told me, also on the condition of anonymity. “We need a Landrieu at the top of the ticket, preferably Mary. Mary is already known and supported by people from all over the state, and the election for Governor is completely different than the election for Senate. This won’t be about Obama. It’ll be about who can best deliver for the state, and it’ll be a different dynamic.”

And White goes on to say that in the most recent election, Landrieu was endorsed by over 500 different elected officials. But, the voters clearly could not care less. In fact, voters now then ever in Louisiana are fed up with the old-establishment based politicians and are looking to new blood that has not been in the game of politics for decades like Landrieu.

Let’s remember what the state looked like when it re-elected Landrieu in 2002 and what it looks like now in 2014:

The one on the left is 2002 and the one on the right is 2014, both of which are individual parish results from each election at the time. Times have changed in Louisiana, and Landrieu, according to the voters, is not a part of the future.

State Representative Walt Leger III, maybe one of the biggest Landrieu cheerleaders in the state House, had these ass-kissing words to say when White asked about Landrieu.

All too often we let our differences prevent us from moving Louisiana forward. We’ve got to come together and find common ground. That doesn’t mean compromising our beliefs, it just means working together to make them happen.  And that means great candidates need to run for office, and the people of this state have to come to appreciate and vote for public servants who work to solve problems not with the end of growing political power for individuals or parties, but to grow power for our State and for our people.  And that’s something Mary Landrieu knew how to do — she worked with her colleagues across the aisle and served with distinction. Just look at one of her greatest accomplishments, the Domenici-Landrieu Gulf of Mexico Energy Security Act — to secure a fair share of offshore oil and gas revenues for Louisiana.  This will begin to deliver hundreds of millions of dollars to Louisiana for Coastal Restoration beginning in 2017.  One can never forget her heroic efforts after Katrina and Rita, when Mary fought to get billions of dollars for rebuilding our region.  She wrote a law that allowed hundreds of millions of dollars in disaster recovery loans to be forgiven for the people of Jefferson, St. Tammany, St. Bernard, New Orleans and parishes all across of State of Louisiana.  She simply never stopped working to restore our coast and stop our flood insurance rates from increasing.  She is a Louisiana legend, and someone I truly believe will continue to serve our State admirably in the future in whatever she chooses to do.

White also writes that truly the only reason Landrieu lost is because she was tied by Cassidy to President Obama, whom Landrieu has nothing to do with. But, that could not be further from the truth. White writes “We can debate the root causes of the President’s unpopularity in a state like Louisiana, but it has nothing to do with Mary Landrieu.”

Besides the fact that Landrieu cast the deciding vote for Obamacare.

Besides the fact that Landrieu switched her vote for amnesty at the last minute.

Besides the fact that Landrieu has voted for the Pelosi-Reid-Obama agenda 97 percent of the time since 2008.

Let us not white-wash Landrieu’s record for the state. Though, we’re sure that if Landrieu does decide to run for governor, voters will not be quick to forget her record in Washington.

Interested in more national news? We've got you covered! See More National News
Previous Article WAGUESPACK: Was the Message Received?
Next Article Angelle Says He’s Got $1.5 Million In The Bank, And Roy Fletcher And Ryan Cross Are Heading Up His Team