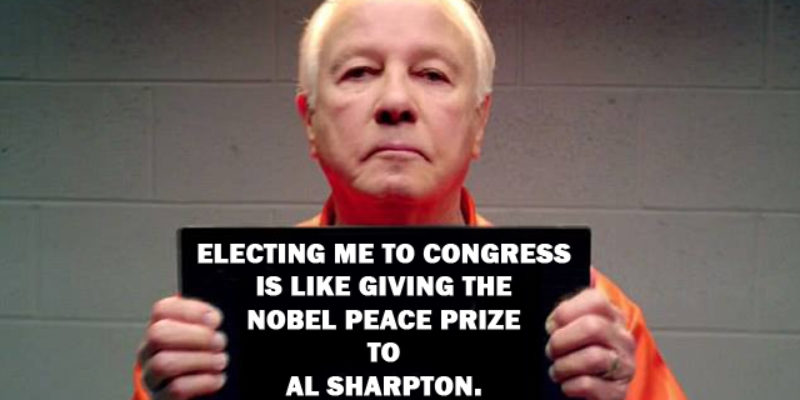 By now, our readers know the drill. If you want to vote to put a felon convicted of public corruption in Congress, that’s your mistake. You can do it in the privacy of a voting booth; we have a secret ballot for that. A sizable majority of the electorate, based on the polls, is considerably more intelligent than you are, but that’s neither here nor there.

If you compound that mistake by making the very public statement of donating to the Edwards campaign, however, that’s a horse of a different color. By writing a check to support the effort of a felon convicted of public corruption to get elected to the U.S. Congress, the institution perhaps the single most susceptible to corruption in the entire country, then that’s a special kind of evil idiocy which can’t be allowed to go unnoticed. You could write that check to St. Jude, or MDA, or the SPCA, or Sally Struthers’ starving kids charity or even Greenpeace, but instead you’re writing it to support putting a known crook in the House of Representatives.

So, we’ll make you famous as an object of shame. And when your friends see what you’ve done, there’s a good chance some of them will tell you something unpleasant – for which you’ll blame us here at the Hayride and send us vicious e-mails about our families and our sexual orientation and whatever else you can think of, as though that will change anything. We’ve heard it all before and we don’t care.

With that, the latest batch…