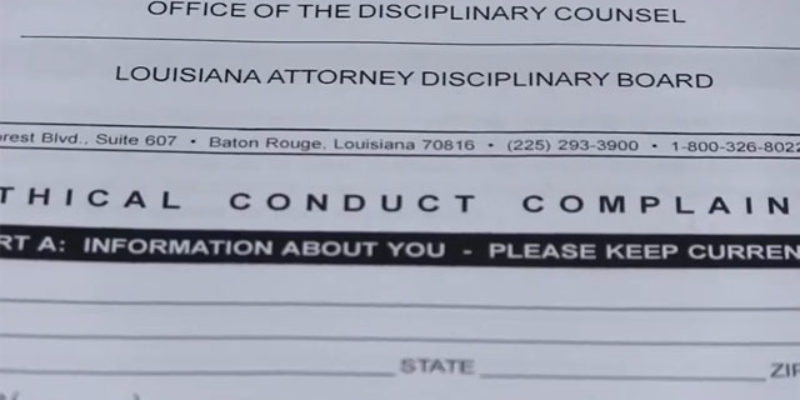 Earlier today in Baton Rouge, conservative filmmaker and author James O’Keefe, who spent three years dealing with the aftereffects of getting arrested outside of Mary Landrieu’s New Orleans office and charged with  something akin to domestic terrorism for the sin of trying to film a prank video about why the Senator’s staffers weren’t answering the phone calls of constituents angry about her decisive Obamacare vote, injected himself into Saturday’s Senate runoff campaign with some fresh information about Landrieu’s involvement in, and the prosecutorial misconduct involving, his legal case.

The prosecutors involved in the case were apparently guilty of the same kind of jury-poisoning they engaged in with respect to the Danziger Bridge case, in which five New Orleans cops who shot and killed black New Orleans citizens following Hurricane Katrina actually had their murder convictions overturned when it came out that Letten’s underlings were making comments under NOLA.com articles about the case with an intention of surreptitiously turning public opinion against the defendants.

It looks as though Perricone, operating under the alias “legacyUSA,” was making comments defamatory to O’Keefe and his collaborators along the same lines immediately after the arrest back in 2010. Because court records have been redacted containing necessary information, it’s also possible but not confirmable at this time that Mann, who headed the prosecution of the O’Keefe case, may have done the same.

“It is in the public’s best interest that none of these people should be able to practice in either state or federal court again,” he said.

When O’Keefe was arrested back in 2010, Letten recused himself from the case. But his leaving the prosecution in Mann’s hands was problematic, given her multiple documented connections with U.S. Senator Mary Landrieu. She did, after all, go to high school with Mary Landrieu. Senator Landrieu’s brother Maurice was also involved in the leadership of the office and worked closely with Mann. And O’Keefe’s phone, on which he had filmed the attempted prank video leading to evidence which would have shown a lack of criminal intent at Landrieu’s office that day, was destroyed along with the video.

Michael Madigan, James O’Keefe’s attorney, requested the case be moved to another jurisdiction due to these relationships – to no avail.

“Senator Landrieu needs to address the questions raised in the complaints we have filed and the prosecutors involved in my case need to answer for their possibly criminal, or at least unethical actions,” O’Keefe said. “If the Senator and her friends in powerful positions can do what they did to me, they can do it to any Louisianan.”

O’Keefe is demanding a presidential pardon owing to the prosecutorial misconduct involved in his case. He wants Landrieu to ask for that pardon, since there seems to be the appearance that Landrieu’s cozy relationship led to the aggressive posture the authorities took toward him in the first place.