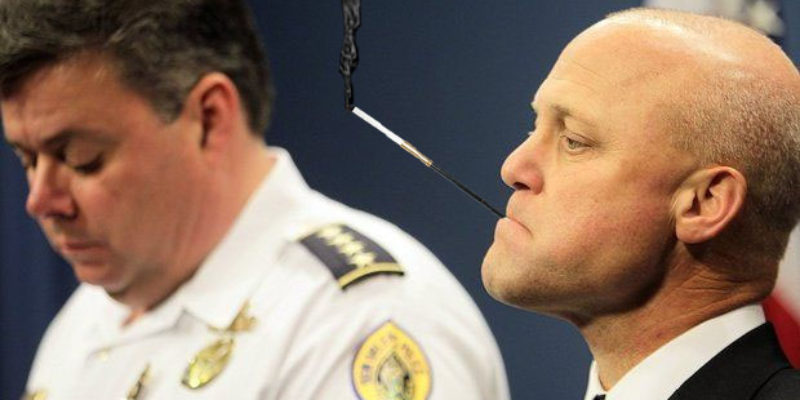 …at least that’s what the WWL people say. They got it from the Jefferson Parish Sheriff’s office…

Mayor Mitch Landrieu’s ongoing battle against the city’s persistent crime problem hit home over the weekend when one of his family’s cars was stolen and recovered, according to Jefferson Parish Sheriff’s Office.

A Jefferson Parish deputy recovered the 2009 JeepGrand Cherokee Saturday evening at about 7:30 p.m., about seven hours after it was reported stolen. The deputy was driving through the city when he received an alert on an anti-theft vehicle tracking device, according to a JPSO press release.

The Jeep was reported stolen at about noon from S. Robertson Street, roughly one block from the mayor’s residence. It was recovered miles away near the intersection of Gen. Taylor and Constance streets, according to JPSO.

The theft was flagged by sheriff’s deputy Blake Hollifield when he received an alarm from a LoJack tracking device. The deputy followed the signal into Uptown New Orleans to try and locate the stolen car, JPSO stated.

“Hollifield traveled through many streets in that area hoping to find the vehicle he was tracking,” the press release from Sheriff Newell Normand states. “Upon reaching the NOPD Second District station, Hollifield stopped at the station to make them aware of his actions.”

A short time later, the deputy found the Jeep, apparently unharmed. The NOPD took over from there, according to Normand, and the Landrieus were reunited with their Jeep.

Why the NOPD didn’t get the Lo-Jack signal instead of the JPSO is a good question. I could give y’all a bunch of snarky/sarcastic joke answers for it, but the long an’ short of it is I got no clue.

But we do have a picture of the scene of the crime, and it’s heartbreaking…

Sure hope they didn’t smoke in Mitch’s ride. You can’t ever get that smell out of a car, y’know?