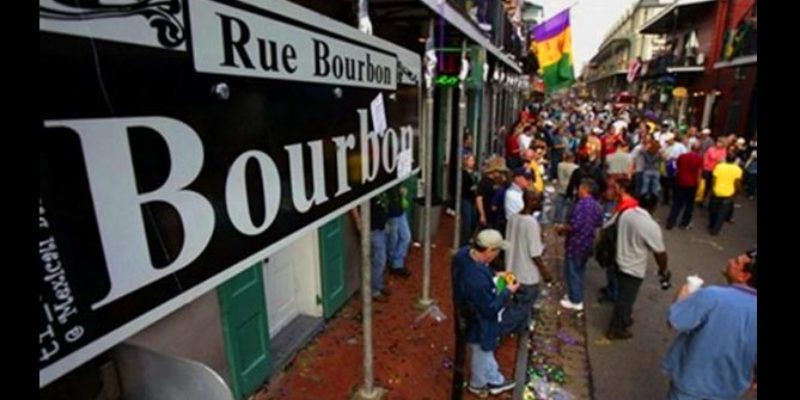 Nothing says ‘Welcome to Mardi Gras’ like a Bourbon Street fight going viral.

A fight on Bourbon Street in downtown New Orleans outside of the Bourbon Heat has gone viral on the internet after a woman posted it to her Facebook page.

The fight, from the looks of the video, shows several men fighting outside of the Bourbon Heat and even a few women are involved. The video was captured on Sunday night and security staff at the bar where apparently part of the incident as well.

Most interesting in the video is that there is no New Orleans Police Department (NOPD) officers seen throughout the four minute footage. And when questioned about the NOPD presence, the NOPD’s 8th District provided documentation that they were on the scene 10 minutes after the fight started. An emergency call was made 2:30 am and the NOPD arrived at 2:40 am.

Afterward, the NOPD did not make any arrests, according to NOLA.com, and issued only two disorderly conduct summonses.