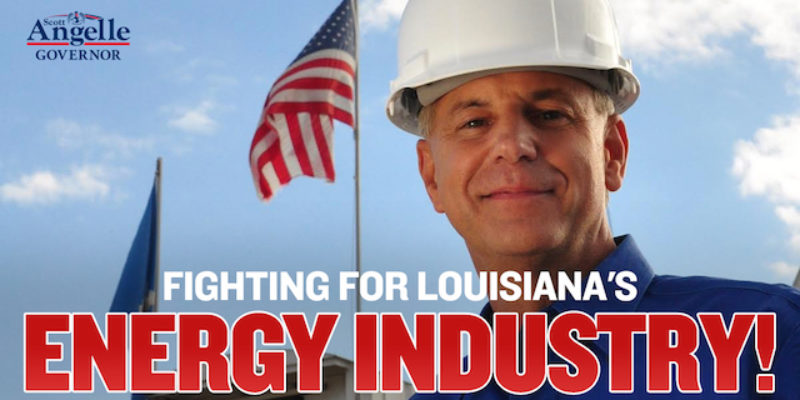 Washington, D.C. is engaged in a war on America’s energy industry. An industry that in Louisiana alone supports more than 60,000 jobs, $1.5 billion in annual state taxes and fees, and $5.9 billion in annual wages to hard-working men and women. Just last week, President Obama, with the stroke of a pen, vetoed the Keystone XL pipeline which would create more than 42,000 jobs, almost $2 billion in wages and have the capacity to move up to 830,000 barrels of oil per day.

The Keystone pipeline would reduce our dependence on foreign oil, strengthen our national security and help grow our economy. Yet the bureaucrats who live in the bubble we call “The Beltway” don’t see it that way. If you recall, this isn’t the first time our federal government has turned a blind eye to thousands of hard-working families in the name of protecting the environment.

In 2010, in the wake of the explosion aboard the Deepwater Horizon off the Gulf Coast, President Obama’s administration issued a moratorium on all offshore drilling. One 2010 study estimated that decision to cost the Gulf Coast between 8,000 and 12,000 jobs. Countless families in South Louisiana were left with no way to make ends meet for more than six months. The economic impact on our state was unimaginable and Washington looked the other direction.

Serving as our interim-lieutenant governor at the time, I took the fight from the banks of the Sabine River to the banks of the Potomac River. I gathered with more than 10,000 fellow Louisianians in the Cajun Dome to rally for our economic survival. It was there that we sent Washington a resounding message that this wasn’t about the shareholders at Exxon, Chevron or BP. It was about the Boudreauxs’, the Thibodeauxs’, the Callais’ and the Cheramies’ … it was about the hard-working men and women who wake up early every morning, put on their steel-toed boots, kiss their families goodbye and set out to do the hard work of fueling America. That’s who we were fighting for, and together, we won.

Sadly, though we’ve won some major battles, the war is far from over. Last week’s veto is a clear sign of that. But that’s not all Washington is doing to stunt the growth of our energy industry. The Environmental Protection Agency (EPA) has attempted to levy burdensome regulations on the states to force compliance with their anti-energy agenda. The current administration has gone above and beyond to put great restraints on the oil and gas industry.

In January, Washington D.C. called for a new set of federal regulations on the methane byproduct of our energy producers. The proposed regulations were ridiculous, unnecessary and costly. After all, it’s advances in natural gas production that have actually led to a cleaner environment in America due to the continued displacement of coal as a primary fuel source for electricity generation. Other regulations currently being proposed threaten to skyrocket utility rates and potentially cost Louisiana up to 16,000 jobs. That is simply unacceptable, and as governor I will oppose such regulations at every turn.

Washington, D.C. may not respect Louisiana’s energy economy, but I do. Bureaucrats in “The Beltway” may not see the need for a Keystone pipeline, but I do. When our energy industry thrives, America is safer, our economy is stronger and our families are better off. We’re all directly connected to the energy industry at the gas pump and as we pay our utility bills each month. As governor, I’ll fight for those 60,000 Louisiana jobs, the families they support and the communities they serve.

This editorial was published in the Acadiana Gazette Wednesday, March 11.