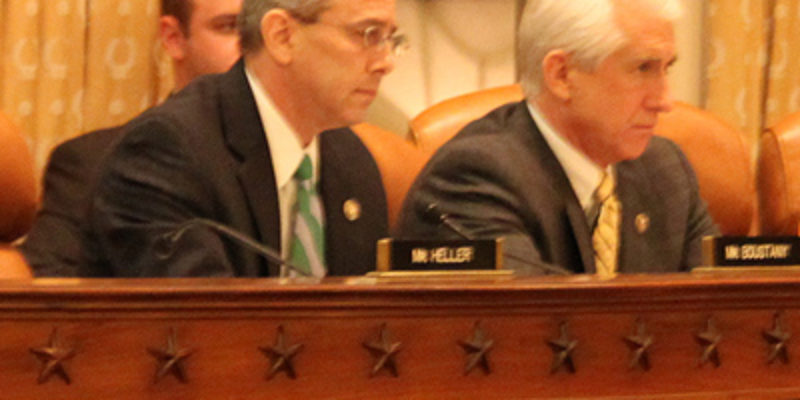 ObamaCare could finally be on the ropes. That’s because oral arguments before the Supreme Court in the King v. Burwell case have begun. This important case seeks to establish whether the Obama Administration’s Internal Revenue Service (IRS) has the authority to rewrite the ObamaCare law to allow the federal government to distribute subsidies directly to healthcare consumers through a federal exchange. That’s a wordy argument – but in reality it’s pretty simple. The case asks: does the Obama Administration have the right to change laws passed by Congress to fit its own ends?

The Founding Fathers say no. They constructed our government based on a system of checks and balances – a system on which the Obama Administration has sought to muddy the waters when it’s been unable to achieve its agenda through regular constitutional order. The Founding Fathers gave very straightforward marching orders to each coequal branch: Congress writes laws, the courts interpret them, and the President enforces them. I have yet to find a clause or paragraph in the Constitution that allows the Executive to act on its accord when it doesn’t get what it wants. What is clear: it’s the Judicial Branch’s obligation to hold the Executive accountable when it’s out of line. That’s what King v. Burwell is all about.

But if the Supreme Court follows through with a decision eliminating the federal government’s ability to distribute subsidies through a federal government-run exchange, it will leave families across the country with Washington-mandated healthcare coverage they won’t be able to afford. This presents an opportunity for Congress to show leadership. Already, I’m working with Paul Ryan and my colleagues in Congress to come up with a solution that will do two things: remove onerous federal mandates on American families and businesses, and restore choice in the marketplace for healthcare consumers. That’s what Americans were promised when ObamaCare was passed – those promises have been broken on many levels. Now, with this ruling, we have a chance to finally follow through.

The Founding Fathers created a system that would uphold the rule of law and protect the American people from all forms of tyranny. This system has endured a civil war, multiple world wars, depressions, and recessions. Now, it is up to us to work to preserve this legacy. That’s why the King v. Burwell case is so important, and why I’ll continue to promote policies that encourage freedom and opportunity for all Americans.

Interested in more national news? We've got you covered! See More National News
Previous Article How Tough Would It Be To Beat Steve Scalise?
Next Article Low Popahirum, March 6, 2015