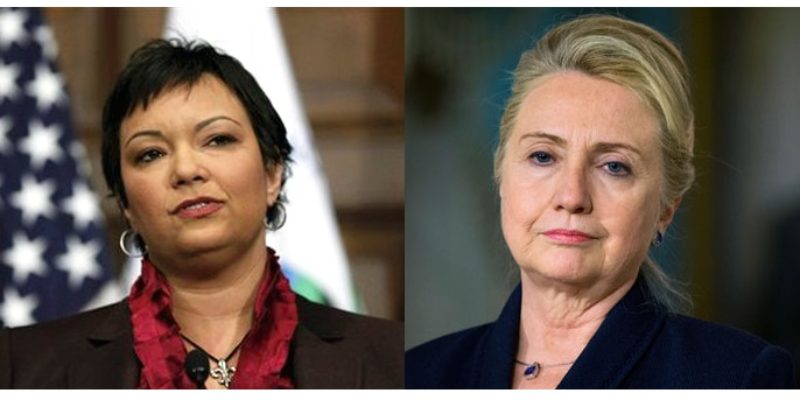 Clinton’s alleged breaking of federal law for possibly using a private or alias email is turning out to be very similar to Jackson’s email scandal.

Back in 2012, Jackson, a native New Orleanian, was caught using an alias email account to send official EPA business without the federal government logging or tracking it. Jackson’s reputation was ultimately taken down and she had to step down.

A couple days, Sen. David Vitter (R-LA), who worked tirelessly to expose Jackson’s abuse of power at the EPA, cited that Clinton’s email fiasco is looking more and more like Jackson’s everyday, telling the Times Picayune: “At this point, President Obama’s claim of leading ‘the most transparent Administration in history’ is certainly laughable – especially now that we know two previous members of his Cabinet — EPA Administrator Lisa Jackson and Secretary of State Hillary Clinton — went out of their way to hide their emails from federal records laws and the American public.”

And, better yet, none of Clinton’s staff tried to even back-up her personal emails apparently. Though, Clinton did not use an alias, as Jackson did, (remember Richard Windsor), she would ultimately be breaking the same federal law.

Now, Clinton has maintained that she is innocent of breaking any federal laws, saying that she wants the State Department to vet her emails and release them to the public.

Just as Jackson’s career has publicly ended, at this point, Clinton’s email scandal could do her the same, especially her chances of running for the presidency in 2016.

Clinton is the third Obama administration employee to have their emails turned into a scandal, and she may not even be the last.

Interested in more national news? We've got you covered! See More National News
Previous Article Big Solar’s Waaambulance Gets Crowded As Another Out Of State Group Attacks Eric Skrmetta And The PSC
Next Article VIDEO: Watch Jeb Bush Try And Convince Us He’s A Conservative