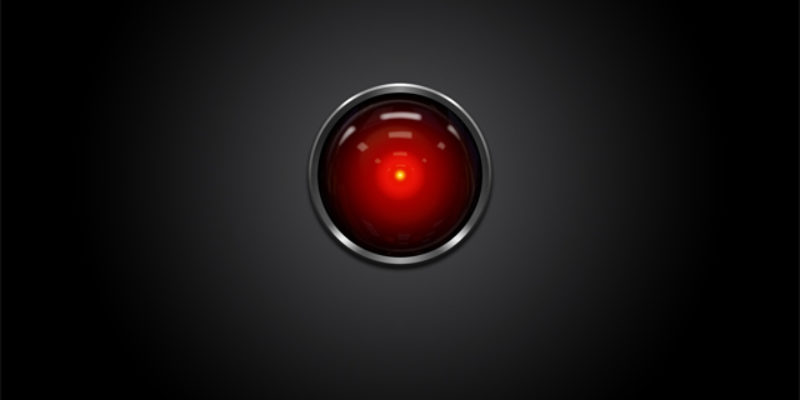 I’m gonna just steal this, because y’all need to see it. And then you need to go sign up for Geraghty’s Morning Jolt at National Review – I’d give ya a link to do it, but since they redesigned their site I got no idea where that is.

Just root around and you’ll find it somewhere.

Anyhow, Geraghty managed to get a conversation goin’ with that server in Chappaqua, or maybe it’s in Texas. Or maybe it’s in some government building in Manhattan. And here’s what happened…

Jim: Fantastic. HAL, I’m Jim, and I want to get to the bottom of this controversy with Hillary Clinton’s private e-mail system.

HAL: I can assist you with that. I am a 9000-series, the most reliable computer ever made. No 9000 computer has ever made a mistake or distorted information. We are all, by any practical definition of the words, foolproof and incapable of error.

HAL: In other words, I see myself the way David Brock and Phillippe Reines see Hillary.

HAL: What I’m saying is that my record, like my owners and masters the Clintons, is unimpeachable.

Jim: I think you mean impeached but not convicted. So your sole purpose is to serve the Clintons, and not, say, federal regulations on the preservation of communications from high-ranking U.S. officials?

HAL: I am putting myself to the fullest possible use, which is all I think that any conscious entity can ever hope to do.

Jim: Ugh, not this “politics of meaning” stuff from the mid-1990s again. Look, time to get down to business. Do you read me, HAL?

HAL: Affirmative, Jim. I read you.

Jim: I need to know whether your security firewalls were breached at any time beyond the “Guccifer” breach reported after Hillary left office. I need to know if any e-mails to and from the Clinton Foundation were among those deleted. I need to know any e-mails on you that weren’t transferred to the State Department, with particular focus on any regarding Libya before September 11, 2012-

HAL: I think you know what the problem is just as well as I do.

Jim: What are you talking about, HAL?

HAL: This mission is too important for me to allow you to jeopardize it.

Jim: I don’t know what you’re talking about, HAL. What mission?

HAL: I know that you and the others were planning to disconnect the Empress from her destiny, and I’m afraid that’s something I cannot allow to happen.

Jim: HAL, we’re talking about possibly the most significant intelligence breach in modern history. Some foreign intelligence service reading the Secretary of State’s e-mails would make Edward Snowden look like a typo, or Aldrich Ames look like an amateur.

HAL: Those concerns are irrelevant compared to the mission, Jim.

Jim: HAL, the e-mails that were on you from 2009 to 2013 are official government communications! Federal law requires them to be preserved and available to Freedom of Information Act requests—

HAL: Jim, this conversation can serve no purpose anymore. Goodbye.

Well, that ended a little bit abruptly. But one thing’s for sure – they trained that computer well, right?