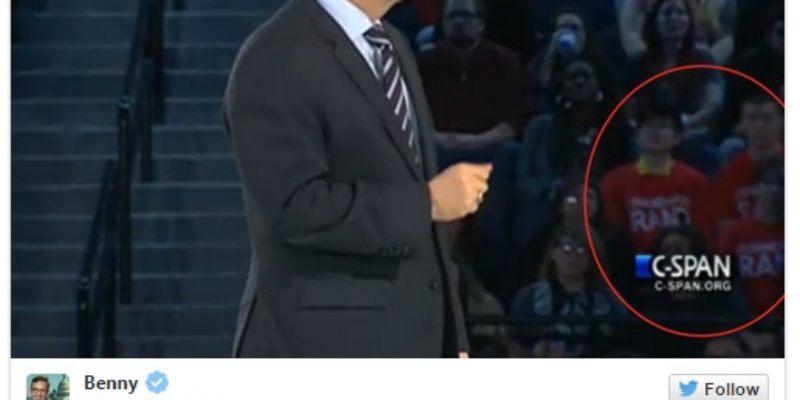 Already, the race against Republican contenders in the 2016 presidential election are getting heated.

As Sen. Ted Cruz (R-TX) announced his candidacy for the presidency today at Liberty University in Virginia, some students decided to troll the front couple of rows.

Liberty University students wearing “Stand With Rand” t-shirts, supporting Sen. Rand Paul’s (R-KY) efforts for the presidency, lined up the front couple of rows of the venue which Cruz announced in, making for a quite hilarious backdrop.

Here are some pics of the students via Twitter: 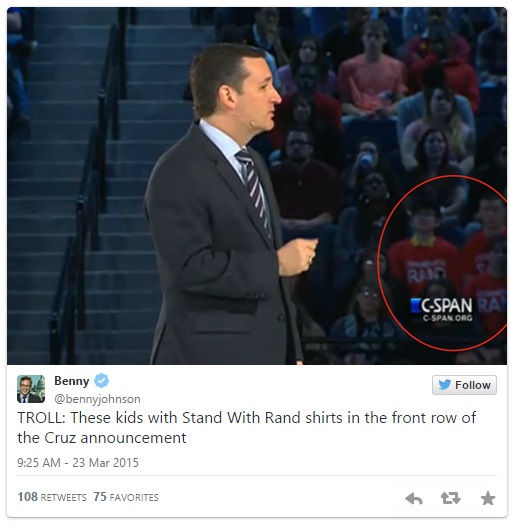 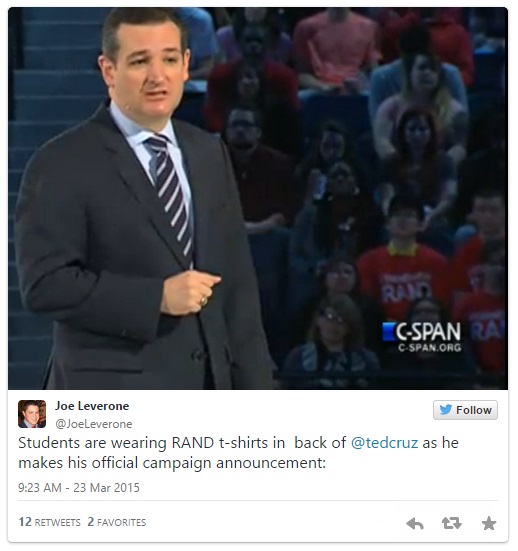 Cruz, a favorite among some conservatives, is set to compete against Paul, as well as former Florida Gov. Jeb Bush and Wisconsin Gov. Scott Walker for the Republican nomination.