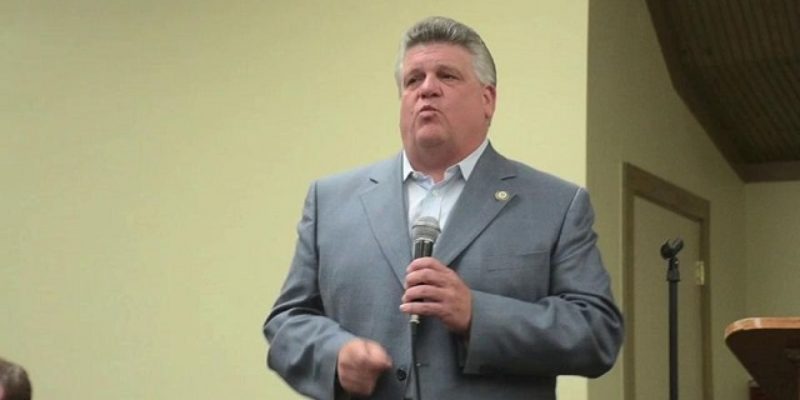 Harris especially needs to be driven out of politics. He’s the head of the Republican legislative delegation, which is supposed to more or less make him Mr. Republican in the state of Louisiana. And from what we’ve heard from multiple sources it was Harris, at a meeting last night of the House Republicans, who thundered away with a speech befitting Mel Gibson in Braveheart, warning his colleagues that if they didn’t vote to eviscerate Louisiana’s taxpayers in order to fund Louisiana’s bloated state government they’d be out of a job and Democrats would be in their seats next year.

During last week’s budget debate, legislators offered up amendments to spend more money. Here’s what Harris did in response:

Which brings us to a bill Lance Harris has pending on the House floor, HB 207. It was beaten already on Tuesday, but he’s filed a motion to reconsider which was successful. It will be heard again on Thursday.

In the original version, the bill was going to specify that bakery products that are eligible for purchase with food stamps have a sales and use tax exemption, regardless of where they were bought. However, once the House Ways and Means Committee got done amending it, it was narrowed down to providing an exemption just for grocery stores, bakeries, and donut shops that provide places to consume food on premises. The fiscal note on the bill says it could cost the state up to $8.4 million a year in revenue.

According to Harris’s statements on the House floor, he filed the bill for a constituent. But a discussion of this bill wouldn’t be complete without talking about Lance Harris’s own business dealings.

Harris owns a chain of convenience stores in the Alexandria area called Leebo’s. Like most C-stores, they’ve expanded into the grocery side in order to be eligible to take food stamps. I can’t fault Harris for trying to expand his business.

Among the products that are available at Leebo’s is a very nice selection of deli products. You can get everything from fried chicken to pizza at Leebo’s. Again, this is no different than what a lot of C-stores are doing across the country. Getting involved in hot food is another way to expand your business.

Now I’m not sure if Harris’s business would benefit from the law (UPDATE 6/10/15 in comments to our publisher, Harris strongly denies his businesses would benefit from this bill). I’ve never been in a Leebo’s and I’m not sure if they even offer the products that are covered in the bill. I’m also not even sure that any Leebo’s location even offers an area to sit down and eat your food, like many C-stores do. But I have seen some locations described as a “truck stop.”

However, it does beg the question why is Harris bringing this bill? Is Harris trying to look out for himself and his business with this bill? I don’t know, but this is an odd bill to champion for a guy who has been a cheerleader for over $600 million in tax increases so far this session.

Interested in more news from Louisiana? We've got you covered! See More Louisiana News
Previous Article Karen Carter Peterson’s Most Ironic Tweet Ever
Next Article Jindal’s Message To Rand Paul Was Incompetently Delivered, But He Was Correct In His Assessment