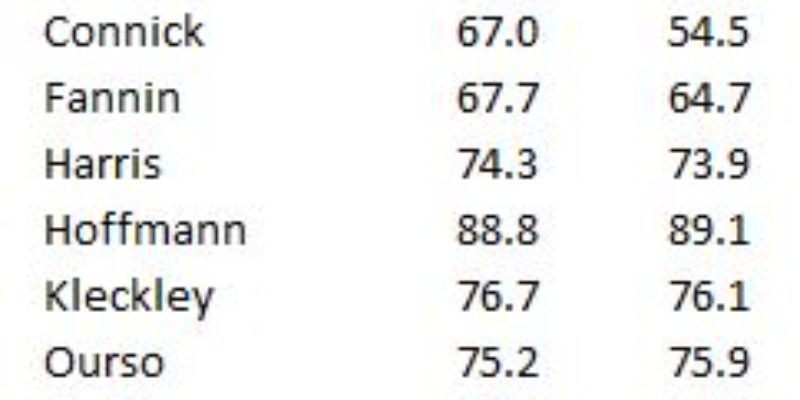 Why call them the John Bel Edwards Republicans? Because they’re the geniuses who voted with Edwards to raise taxes on Louisiana businesses and families 11 out of the 11 chances they had today.

The total damage was $664 million dollars, in 11 separate wounds. The Republicans on this list voted to stick it to Louisiana taxpayers every single chance they had today…

Remember them this fall. They are not your friends. They see you as a lamb to be slaughtered, and nothing more.

Harris especially needs to be driven out of politics. He’s the head of the Republican legislative delegation, which is supposed to more or less make him Mr. Republican in the state of Louisiana. And from what we’ve heard from multiple sources it was Harris, at a meeting last night of the House Republicans, who thundered away with a speech befitting Mel Gibson in Braveheart, warning his colleagues that if they didn’t vote to eviscerate Louisiana’s taxpayers in order to fund Louisiana’s bloated state government they’d be out of a job and Democrats would be in their seats next year. 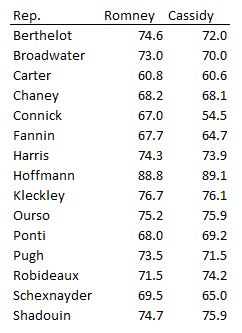 Those are pretty damn safe Republican districts represented by politicians holding themselves out as conservatives, and yet noted political analyst Lance Harris convinced them that the danger to their re-election was in not raising taxes by $664 million because $25.6 billion isn’t enough of a budget for a state with 4.6 million people.

When the Democrat Party barely even runs people in their districts as it is.

One wonders whether these guys bothered to consider whether their real problem might come from the right rather than the left. With perhaps the largest single-day tax hike in the modern history of Louisiana on their escutcheon you’d figure some of these geniuses might just attract challengers willing to spend the fall beating them to a pulp as RINO’s and tax-and-spend liberals.

They don’t have any defense to that attack, by the way. Anything they say can be answered with “Oh, yeah? What did you cut before you ran out and raised my taxes to solve your budget deficit?”

And there is no defense to that one. Because nothing has been cut. For example, the higher education folks haven’t even presented a list of things they can part with yet, from what we’re told, and some of them are taking the position that nothing can be cut from their budgets.

So there are no cuts. There isn’t even a proposal to make cuts.

Someone made the excuse to me today that they couldn’t move the budget before having today’s tax orgy because the Democrats were holding it up, and now that they’ve made this gesture they’ll be able to get cooperation and they’ll find some reforms that will save the state money. Believe that if you want to; it would seem, however, that if the Democrats still have that much power then we simply don’t have a smart enough bunch of people in the Republican delegation and we’d better change out what we have for some more talented people with enough political skill to outmaneuver a downtrodden legislative minority.

Because it isn’t like this is the first time that stupid Republican politicians agreed to raise taxes first as part of a deal with Democrats that would include budget cuts later, only to find out that the cuts would never come.

By the way, there were five other Republicans who voted for 10 of the 11 bills…

Adams, Foil and Havard can probably be excused to an extent of falling for the whole “better raise taxes or the Dems will get ya” routine. Lambert and Morris certainly can’t.

So what we’re stuck with is a legislature full of people who call themselves Republicans but suck at it.

By the way, on Monday the 18th of this month the Republican delegation is holding its annual Elephant Stomp fundraiser, at which lots of the business community forks over $250 a ticket for a major bash with an open bar, a great spread of food and live music at the Country Club of Louisiana. Wonder how many of the usual attendees might look at what happened today and decide, “Nah – seems like I just gave at the office?”