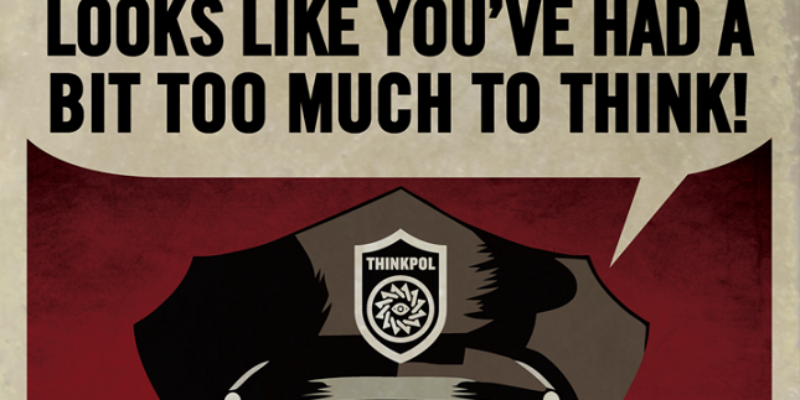 What has happened to the gay community?

What was once a fight for equal treatment in the tax code, through health benefits and marriage under the law has become an assault on free thought, freedom of association and free speech. Though it is not fair to characterize the entire gay community as trying to undermine free speech. More so, it is the leaders of gay activist groups, like the Human Rights Campaign and Equality Louisiana.

The gay community began their fight decades ago on the basis that they should be free to love and care for whomever they choose. And they also demanded that they be treated no differently because of their chosen partner under the law. Their simple proposal: Freedom to be and live as we choose.

But, that fight has spiraled out of control and the gay community has turned into a Mafia, as Scott McKay puts it, that one would imagine in the Soviet Union circa 1982 where an individuals thoughts, associations and speech are tracked every second to make sure every-little-action is politically correct and non-offensive to the gay community.

Take for instance the aftermath that occurred when gay hotel business owners hosted an event at their New York City apartment for Sen. Ted Cruz (R-TX), who the gay leadership has deemed a ‘gay-hater,’ along with every other Republican and conservative.

After the news broke, the gay community went on an all-out front to attack the two gay business owners, boycotting their hotels and the mainstream press blasted them as traitors who betrayed their own ’cause.’ Even more, there have been groups that have canceled events at the gay business owners’ hotels because they simply held a benefit for Cruz.

But, to the gay leadership, Cruz is as bad as Adolf Hitler at this point. Why? Because he believes in traditional marriage.

The gay leadership, though, has never boycotted events of former President Bill Clinton, even though he is the one who signed into law the Defense of Marriage Act (DOMA). That is because back in the 1990’s, the gay community was not trying to control the free thoughts and free speech of every individual, and especially those of the gay individual.

Fast-forward to 2015 and gay individuals, like the gay business hotel owners, who disagree with the gay leadership’s agenda are ridiculed and boycotted against because they practice their right to free speech and their right to associate with whoever they wish.

Also, nowadays, if you are gay and disagree with the views of the gay leadership, you will probably have to apologize for those views because other gay individuals will say that they are offensive and call you a traitor.

Is that equality? Is that freedom to associate and freedom to speak your mind? Of course it isn’t. That’s political correctness out of control.

Then there is the most recent controversy surrounding Rep. Mike Johnson’s (R-Bossier City) religious freedom legislation.

All of the chaos is now over with, but looking back a day later on what occurred in the state and Louisiana media makes you realize just how absurd all of the alleged scandal was. Johnson, himself, is now perceived by anyone who does not follow the issues closely as a type of ‘Ted Cruz of Louisiana,’ which makes him a ‘gay-hater.’

Just a few days ago, I asked a lesbian friend if she could tell me what she knew about Johnson. All she could say was that he was “the guy who did not like gay people.”

These are the kind of uninformed stereotypes that are projected onto politicians like Johnson by the Louisiana media and the national press, as they portrayed him as an enemy of the gay community, when all he wanted to do was make sure religious business owners would not be fined by the state because they disagree with someone else’s views on the definition of marriage.

Johnson’s legislation was turned into a spectacle by the gay leadership and the conservative freshman legislator is now viewed by anyone who does not pay attention as the guy who does not like gays.

This is what the gay community has become. A politically correct, tyrannical subculture where you are either in or you are out. You either agree with all of the agenda and doctrine or you are out of the clique. You can’t sit with the cool, in-crowd gays at lunch if you are a gay conservative, or even a conservative at all.

Nonetheless, this is not what the gay community once was.

The fight for equal treatment under the law was based in the idea that an individual can hold a differing viewpoint or live a different lifestyle and not be ridiculed for it. That is what the gay leadership pretends to still fight for.

Yet, what the gay community once fought for, is now what they are fighting against.

If you are a Christian who believes the gay agenda is overbearing on children or believe that marriage should remain between a man and a woman, you are automatically a ‘gay-hater.’ That is because, these views have somewhat become the minority.

But just because these views are now a minority, does not mean they should not be protected.

Just like the gay community wanted culture to back-off when they voiced their once-minority viewpoint, the gay community should back-off and allow individuals to speak and think freely without being policed and forced to apologize solely because their views do not line-up with the majority.

The gay community will only kill their own cause if they continue on the road of pettiness and faked offensiveness. And it will be no one’s fault but their own.