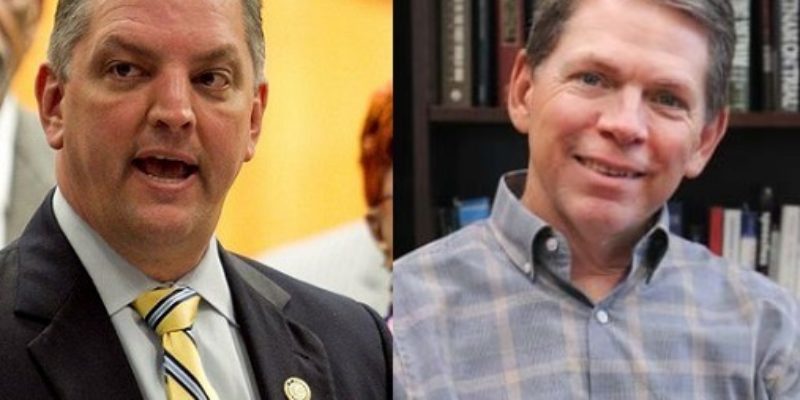 State Rep. John Bel Edwards (D-Amite) and Times Picayune/NOLA.com liberal Columnist Bob Mann are in a bit of a fight over who voters should vote for in the state’s gubernatorial election.

Mann penned a column last week where he essentially told Democratic voters in the state to not vote Edwards because the Amite Democrat does not stand a chance against Sen. David Vitter (R-LA), who is polling well ahead of all of his competition.

In order to defeat Vitter, Mann said that Democrats need to get behind one of the other two Republicans in the gubernatorial race, Lt. Gov. Jay Dardenne or Public Service Commissioner Scott Angelle.

But, Edwards has a little bit of a problem with that.

Today, Edwards wrote an op-ed for NOLA.com where he says that it is a good thing that political pundits like Mann do not pick the governor of the state, because he is the best bet Democrats have against Vitter.

Here’s a snippet of Edwards’ tiff with Mann:

In the aftermath of eight years of Gov. Bobby Jindal’s destructive policies, we are now engaged in a battle to save Louisiana from another four years of the same failed ideas. Columnist Robert Mann suggests that “a vote for John Bel Edwards is a vote for David Vitter.” He goes on to say that Democratic voters should support one of the other Republican candidates because he believes my identity as a Democrat precludes me from beating Vitter. My message to Mr. Mann and other skeptics is: You’re wrong.

Edwards goes on to describe himself as the answer to everything that Gov. Bobby Jindal has done wrong, saying voting for him is a vote for “the only candidate who has stood up to Jindal from the beginning.”

Edwards continues, saying that Mann’s statements that voters are only interested in the party affiliation of a candidate is “offensive.”

The GOP has been portrayed as the party that fights its own. However, it looks like Louisiana Democrats are taking over that title now.

Interested in more news from Louisiana? We've got you covered! See More Louisiana News
Previous Article BACKWARDS: How The Gay Community Is Its Own Worst Enemy
Next Article Did Elliott Stonecipher Really Call For A “Purple Coalition” To Raise Taxes? He Says He Didn’t